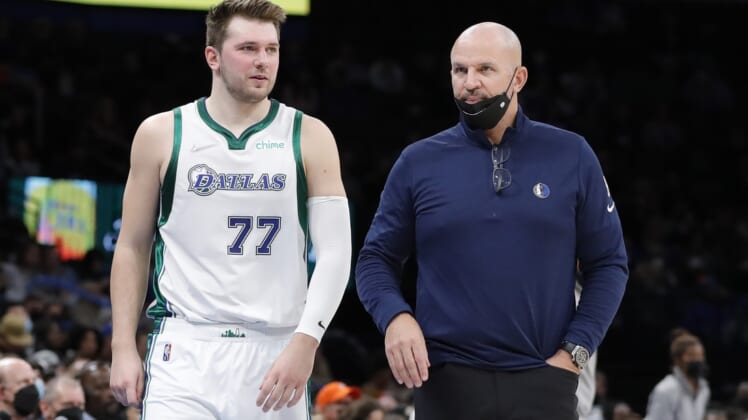 Mavericks All-Star Luka Doncic remains doubtful for Game 2 of the first-round playoff series with the Utah Jazz in Dallas on Monday night.

Head coach Jason Kidd said the Mavericks plan to “check on” Doncic again before tipoff to gauge his status. Doncic did not participate in the team’s shootaround Monday.

The Jazz won the first game of the series on Saturday as the Mavericks held out hope Doncic might be back for Game 2. He averaged 28.4 points, 9.1 rebounds and 8.7 assists per game this season.

“Still doubtful,” Kidd said Monday, “but we’ll see how he feels before the game.”

In two March victories over the Jazz, Doncic had 67 points, 26 rebounds and 12 assists.

Doncic was present for the team workout Monday and shot for more than 20 minutes.

He’s eight days removed from the injury but Kidd said Doncic is participating in meetings and “in a good spot” in that he’s not frustrated or disconnected from the team.