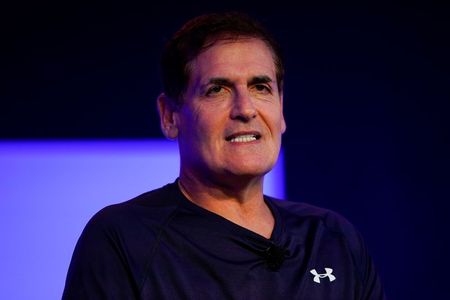 Mark Cuban, entrepreneur and owner of the Dallas Mavericks, speaks at the WSJTECH live conference in Laguna Beach, California

Dallas Mavericks owner Mark Cuban picked up one of his former players, now homeless, at a local gas station on Monday.

Cuban confirmed he picked up Delonte West in Dallas and hopes to help the former NBA player get on the right path.

West, 37, has been encouraged by friends and family to seek treatment for drug addiction, according to multiple reports.

Cuban said West’s family would have to fill in any other details of West’s current status. Cuban was drawn into action when a picture circulated of West panhandling near Dallas last week.

West was diagnosed with bipolar disorder, a condition he discussed during his eight-year NBA career. He spent the 2011-12 season with the Mavericks.