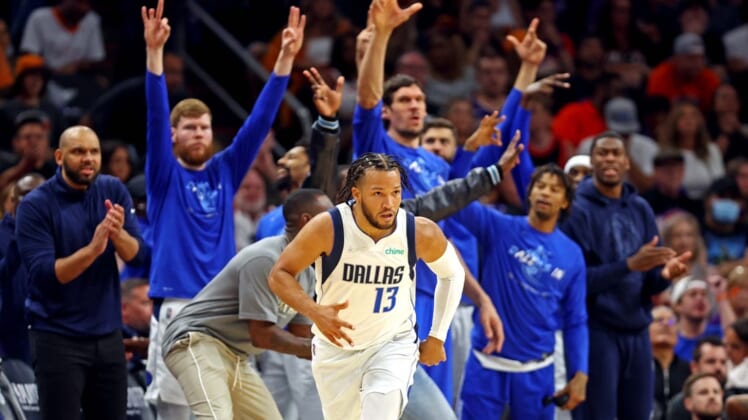 The NBA fined the Dallas Mavericks $100,000 on Sunday for continuing to violate league rules on bench decorum.

The latest violations occurred during a 126-117 loss to the Golden State Warriors on Friday night in Game 2 of the Western Conference finals in San Francisco.

“On multiple occasions, several players and a member of the coaching staff stood for an extended period in the Mavericks’ team bench area, stood away from the team bench, and were on or encroaching upon the playing court during game action,” the league said in a statement.

It is the third time this postseason that Mavericks have been fined for the same violation. During their conference semifinal series against the Phoenix Suns, the team was fined $25,000 for Game 2 and $50,000 for Game 7.

The Mavericks dropped the first two games of the West finals. Game 3 is Sunday night in Dallas.