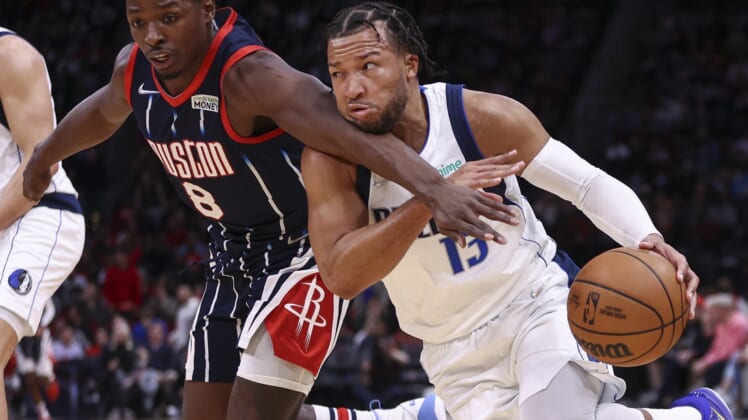 Tim Hardaway Jr. accounted for 19 points and seven assists off the bench, Reggie Bullock hit five 3-pointers and the visiting Dallas Mavericks cruised to a 130-106 victory over the Houston Rockets Friday night.

Dallas was without Kristaps Porzingis and coach Jason Kidd, both sidelined by league health and safety protocol, and Luka Doncic (right ankle sprain), yet rolled to its fifth consecutive win.

Christian Wood scored 20 points but grabbed just three rebounds, seven fewer than his average. Jae’Sean Tate added 15 points and eight boards, while Garrison Mathews scored 15 off the bench for Houston, which trailed by as many as 31 points in the second half and has dropped nine of its last 10 games.

Bullock and Powell fueled a 10-0 run that pushed the Mavericks to their first double-digit lead at 21-8 in the first quarter. While the Rockets endured a scoreless stretch of 2:25, Bullock drained a pair of 3-pointers while Powell scored twice at the rim to help Dallas seize control.

The Mavericks scored a season-high 43 points in the first quarter and their seven 3-pointers marked their most in any opening period this season. The Rockets, meanwhile, allowed a 40-point period for a third consecutive home game and, after surrendering 58.3 percent 3-point shooting in the first period, allowed Hardaway to sink an open 3 to set the tone for the second.

The Rockets sliced what was a 23-point deficit to 13 early in the second quarter, but Dallas quickly resumed its stranglehold and led 80-60 at the break.