Matthew Stafford played through a broken back last year? 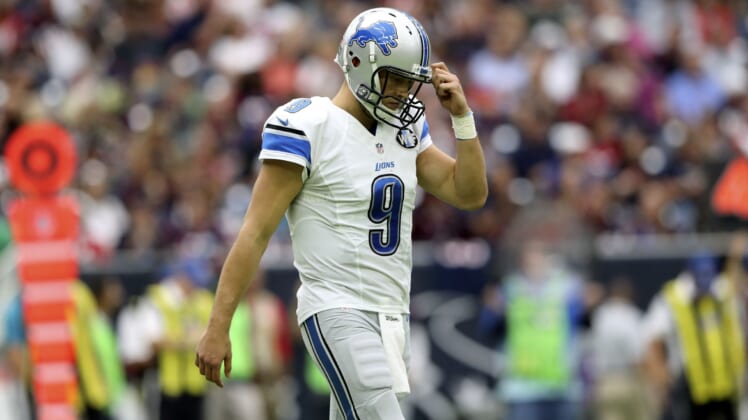 A warrior known for his toughness, Matthew Stafford has started 128 straight games and is one of the true iron men of the league.

Yet if what Mike O’Hara of the Detroit Lions’ official website said last week is true, he’s even tougher than we realized. Speaking with Ken Brown on his weekly podcast, O’Hara divulged some information we had previously not heard: “As it turned out, he had a broken back last year — broken bones in his back.”

When O’Hara was asked by Brown if he had potentially said something that he maybe shouldn’t have said, he said, “No, I read that. Word gets out in the National Football League.”

We knew that Stafford suffered a back injury in Week 13 against the Los Angeles Rams, but nothing was ever reported about him playing through broken bones in his back. He never missed a start, either, and just kept on keeping on.

So, there’s a really good chance that this Lions insider accidentally spilled the beans.