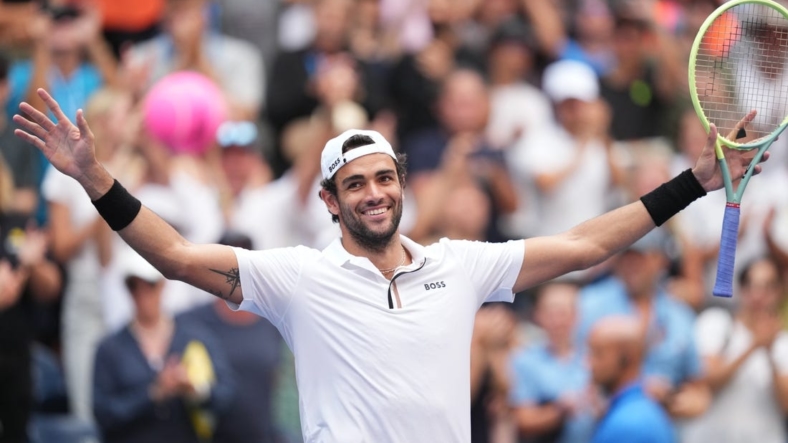 Berrettini will square off with fifth seed Casper Ruud of Norway, who advanced past French lucky loser Corentin Moutet 6-1, 6-2, 6-7 (4), 6-2 in their fourth-round match.

Berrettini needed three hours and 45 minutes to take down Davidovich Fokina, although the Italian held a 49-28 advantage in winners and won 61 of 73 first-service points (83.6 percent).

“I’m really proud because I didn’t start the match the way I wanted to,” Berrettini said in his on-court interview. “I was down a set and a break … and I found the right energy.

“I have to say I was a little bit tired in the fourth, and he was playing unbelievable tennis. So, I lost the fourth, and I was like, ‘OK, now I’m going to give everything.'”

The win put him into the U.S. Open quarterfinals for the second straight year. He missed the past two Grand Slam tournaments with a right hand injury that needed surgery and rehabilitation.

Ruud saved five of six break points and won 33 of his 44 net points (75 percent) to eliminate Moutet, who swept former world No. 3 Stan Wawrinka of Switzerland in the first round and upset No. 21 seed Botic van de Zandschulp of the Netherlands in the second. It was the longest run for a U.S. Open lucky loser on record.

“Corentin is a very tricky player,” Ruud said. “He has all the shots, runs well. He can produce trick shots and everything. I really needed to stay focused and stay sharp and I was playing really well until I got broke back in the third, which was frustrating.

“He raised his level a bit. But (the) fourth set I was able to break him a couple of times and serve good enough luckily. I didn’t change much but I was able to dictate the game more.”

The final two matches of the day will pit No. 12 seed Pablo Carreno Busta of Spain against No. 27 seed Karen Khachanov of Russia, followed by No. 1 Daniil Medvedev of Russia against Australian No. 23 Nick Kyrgios.