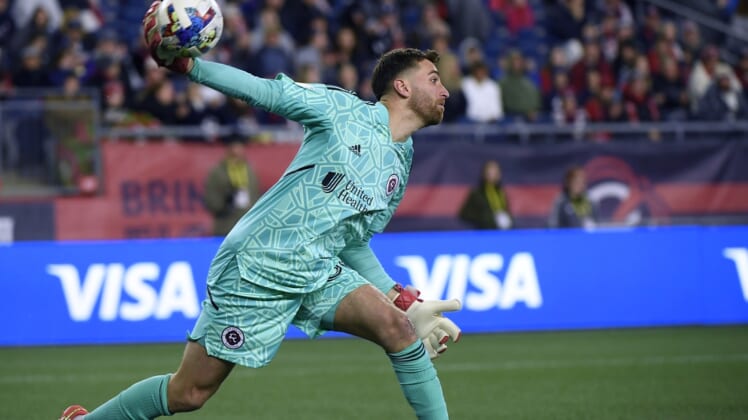 The New England Revolution hope to take advantage of the remaining games they have with goalkeeper Matt Turner to make a climb in the standings when they host the Columbus Crew on Saturday.

After a Major League Soccer record 73 points last season, the Revolution (3-5-1, 10 points) are 10th in the Eastern Conference but are coming off a 2-0 victory over Inter Miami in which Turner made three saves in his season debut.

The U.S. national team member injured his foot in the preseason.

“He plays with a lot of confidence and he gives the guys in front of him a lot of confidence,” New England coach Bruce Arena said. “He communicates well. That part is noticeable. … He’s very experienced and to have the last line of defense with that goalkeeper is a real positive.”

The good times can roll for only so long.

Turner, the 2021 MLS Goalkeeper of the Year, will leave the Revolution on a transfer in late June to join Arsenal of England’s Premier League.

Meanwhile, the Crew are happy with their goalie, as well, with Eloy Room posting consecutive shutouts — 0-0 at Sporting Kansas City and 3-0 vs. D.C. United to snap a five-game (0-3-2) winless streak.

“We’re defending really well,” Crew coach Caleb Porter said. “We’re not keeping the ball as much, we’re not creating as many big chances, but what I think we’re doing is not giving up much and being tough to play against, tough to beat and our mentality is excellent.”

Each team has negative trends to overcome.

“We need to pick up a win on the road,” Porter said. “That’s the mindset right now. We’ve taken three draws but we want that first win.”