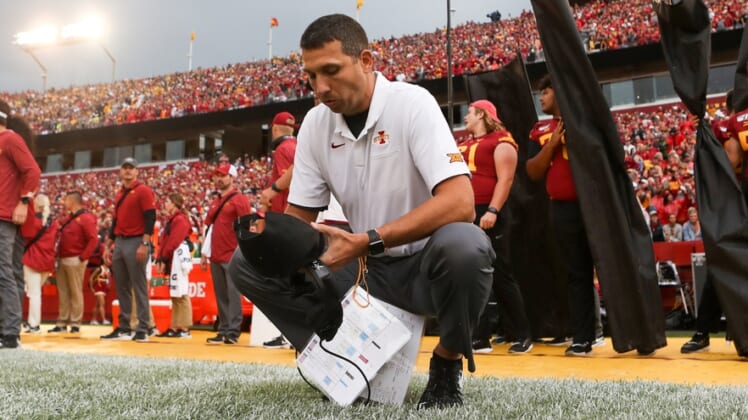 After seeing him post a 9-12 record in less than two seasons with the program, Florida State has moved on from head football coach Willie Taggart.

It’s a bitter pill for Taggart to swallow. The former South Florida and Oregon head coach didn’t really even get an opportunity to put his recruiting mark on the program in Tallahassee.

Now that Taggart’s largely unscuccesful tenure with the Noles is over, betting odds are coming out surrounding his potential replacement. The list includes some pretty big names.

Campbell remains a hot name. He’s led Iowa State back to national relevance with back-to-back eight-win seasons. Prior to his arrival, the Cyclones had not reached that plateau since 2000.

However, the 39-year-old head coach just recently signed an extension that will keep him in Ames through the 2024 season. He’s going to be a hard get.

Among the bigger names listed, Urban Meyer has been talked about a lot. Given he has the same odds as Penn State head coach James Franklin, the suggestion is that Meyer heading to Tallahassee is a long shot.

We’re highly intrigued to see if former Oklahoma head coach Bob Stoops gains traction as a candidate. He’s currently the head man for the XFL’s Dallas Renegades and has not coached at the college level since 2016.

Among the top candidates, Kentucky head coach Mark Stoops, Bob’s younger brother, is the only one with a previous affiliation to Florida State. He was the program’s defensive coordinator from 2010-12 under Jimbo Fisher.