Maryland scores in bunches to race past Western Carolina 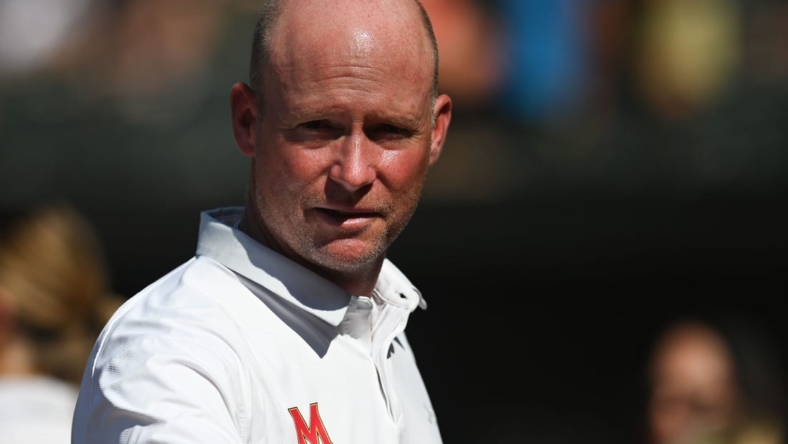 Jahmir Young added 16 points and Hakim Hart had 10 points for Maryland (2-0), which was in control throughout its second straight home game to begin the season.

Tyzhaun Claude had 12 points for cold-shooting Western Carolina (0-2). The Catamounts made 27 percent of their shots from the field, with just six assists to their credit. With so many misses, their 14 offensive rebounds were enough to offset the shoddy shooting.

Reese made 7 of 9 shots from the field and 5 of 5 on free throws. He also pulled in a game-high 12 rebounds.

The Terrapins won despite 2-for-19 shooting from 3-point range.

Maryland was strong on defense for a second time this week after opening with a 71-49 victory against visiting Niagara. Western Carolina was charged with 17 turnovers to match its 17 field goals.

It took 11 minutes for the Terrapins to build a double-digit lead.

When Hart drained Maryland’s first 3-pointer with 15:51 to play in the second half, the Terrapins had a 41-21 lead.

Western Carolina’s inability to create sustained offense was a game-long issue. The Catamounts had a four-minute span without a field goal during the second half, enabling Maryland to maintain about a 20-point edge.

Reese scored seven points in Maryland’s 11-0 run that created a 61-31 spread while Western Carolina went another 4:16 between field goals.

Maryland held a 32-15 halftime lead, with Young and Reese combining for 21 points. Reese had his 10 points in the opening eight minutes.

In the first half, the Catamounts had 10 turnovers and six field goals while shooting 20 percent from the field. The offensive woes included two stretches of about five minutes without a point.

Maryland is 3-0 all-time against Western Carolina.