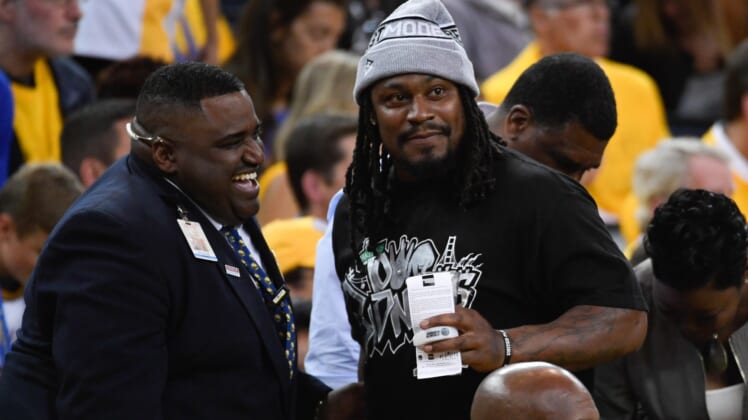 If anyone was wondering if Marshawn Lynch would still be able to conjure Beast Mode after taking a year off, we now have all the evidence we need.

Beast Mode is officially back.

As proof, we offer Exhibit A: Lynch trucking Tennessee Titans defensive tackle Jurrell Casey, who is a rather large and strong man.

Marshawn Lynch immediately followed that up with this vs Jurrell Casey. Whoa #OAKvsTEN

Mano a mano, Lynch went straight into Casey (all 6-foot-1, 305 pounds of him) and put his butt into the ground. Casey got off his block and had a clear shot to take Lynch down. But rather than stuff the running back, the defensive tackle was on the receiving end of the NFL’s version of being posterized.

Lynch finished the game — a 26-16 win for the Raiders — with 76 yards on 18 carries, adding another 16 yards on one reception. It was a very impressive return to action for Beast Mode.

We can’t wait to see what he does next week when the Raiders head home to take on the hapless New York Jets.