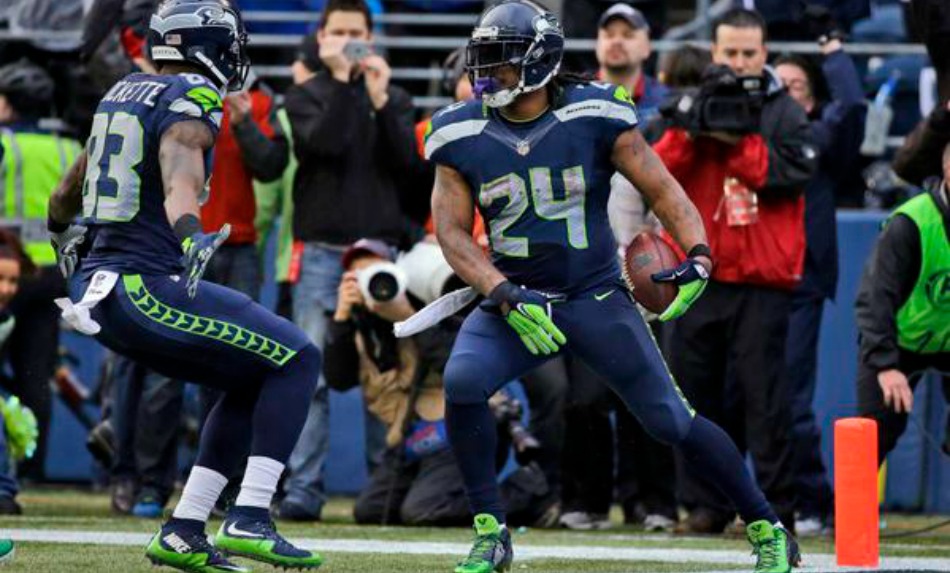 When will Seattle Seahawks’ running back Marshawn Lynch ever learn? ESPN’s Adam Schefter reports that Lynch has been fined $20,000 for an obscene gesture he made during the Seahawks conference title game against the Green Bay Packers.

The obscene gesture was Lynch grabbing his crotch after scoring a 24-yard touchdown in the fourth quarter of Sunday’s game. The $20,000 fine follows a $11,050 fine that Lynch was slapped with in December for doing the same gesture.

This could get to be an expensive year for Lynch, who has already been fined for not speaking to the media. With Super Bowl week coming up, there is a potential for even more fines should Lynch remain closed-mouthed with the media.

Regarding the latest fine, whether Lynch was checking for proper inflation or whatever he was signaling, it’s obvious he prefers to communicate with hand gestures rather than his mouth.