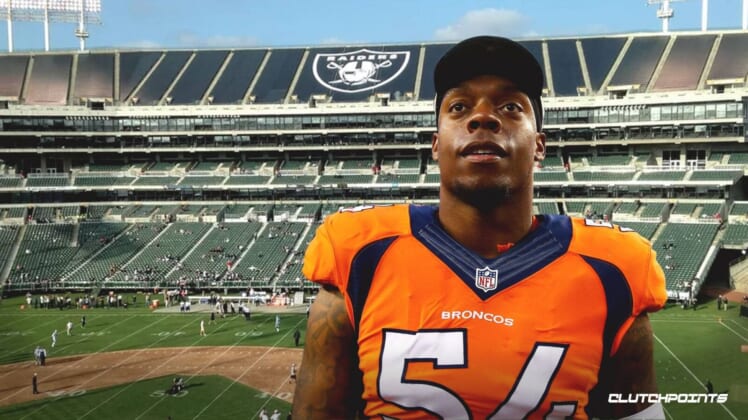 The Raiders have been the talk of the NFL offseason with a slew of free agent signings, trades and an aggressiveness that hints at a much faster rebuild than first anticipated. That rapid pace of player acquisition continues to as the team welcomes former Broncos linebacker Brandon Marshall and Jets running back Isaiah Crowell.

As the high-priced free agents fell off the board, players like Marshall and Crowell are hitting the bottom of the free agent pool financially. The lower demand means the Raiders have an opportunity to add veteran depth to their roster at a low price. Despite that, both players offer an upside that makes them appealing to coach Jon Gruden and general manager Mike Mayock.

Marshall would give the Raiders a player at a position of great need. The former Denver linebacker is coming off what many believe is his worst year as a pro in what was the mess in the Mile High city last season. Marshall, who was once a rising star in the NFL, might have a lot to prove and that’s appealing to the Raiders. If he can regain his form, the team would be getting an impact player at rock-bottom prices. Marshall turns 30 the first month of the 2019 season.

Crowell doesn’t “solve” the running back issue for the Raiders but he’s a serviceable veteran who could bring depth and competition to the backfield. With Marshawn Lynch’s status for 2019 in the air, having an experienced back is something Gruden values. Although he’s really a straight-ahead runner, Crowell does have good pass catching skills which a plus in the Raiders offense.

While neither of these players will excite Raider Nation like acquisitions of Antonio Brown, Vontaze Burfict or Lamarcus Joyner, they would add depth at a low price.