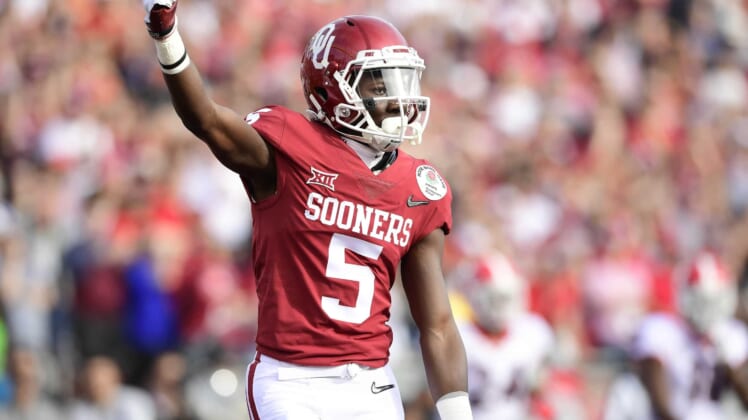 In the midst of their biggest game of the year with a Big 12 Conference title and a chance at the College Football Playoff on the line, the Oklahoma Sooners now might have to do it without one of college football’s biggest stars.

Wide receiver Marquise Brown exited Saturday’s game in the third quarter with a left foot injury. According to ABC, trainers immediately started to work on the top of his foot to try and get him back in the game.

Brown limped around on the sideline for several minutes, trying to test out his foot to see if he could return. As his teammates marched down the field, Brown took a knee and had to be consoled.

ESPN cameras catch Hollywood Brown in tears. He might be done for the day.

Shortly afterward, the cart came out to take Brown into the locker room.

It had already been a rough game for Murray with two dropped touchdowns in the first quarter and two more big plays that he also dropped later in the game. Now it appears he will not get a chance to make up for it and he’ll be sidelined as the Sooners try and complete a comeback in the Red River Rivalry rematch.