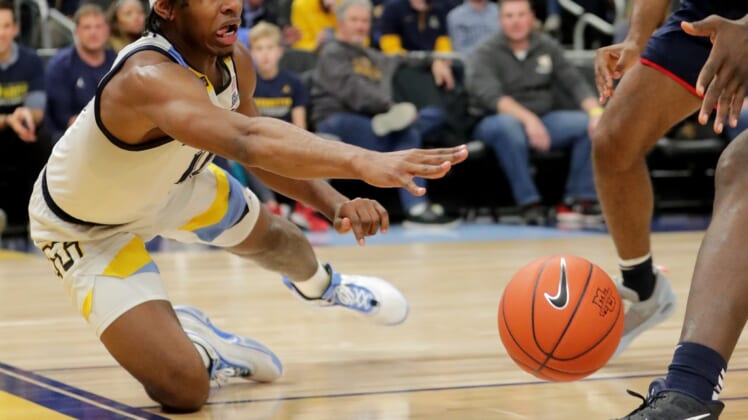 Smart coached Marquette (9-6, 1-3 Big East) to an 8-2 start, but the Golden Eagles had dropped their last four games, with three of those losses coming in conference action.

Justin Lewis finished with a career-high 23 points on 7-of-16 shooting and 11 rebounds to lead Marquette to its first home win since Nov. 30. Oso Ighodaro had 16 points off the bench, reserve Kam Jones contributed 14 and Kur Kuath had nine to go with a career-high seven blocks.

The Golden Eagles led for the entirety of the game and shot 52.5 percent from the field (31-of-59), their second-highest percentage this season.

The loss breaks an eight-game win streak that Providence held since Nov. 27. The Friars had their worst shooting performance of the season (32.8 percent) and made only five 3-pointers in 19 attempts.

After a 12-2 run brought Providence within four, the Golden Eagles closed the first half on a debilitating 20-4 run to head into the break with a 42-22 lead. Marquette shot 51.7 percent from the field and 45.5 percent from 3-point range. Lewis posted 11 points, and Kuath had five blocks on the defensive end.

The Friars committed 10 turnovers prior to halftime and shot just 28 percent from the field. Minaya and Durham each had six points.

It was a similar story in the second half, as the Golden Eagles made nine of their first 11 shots following halftime. Their lead ballooned to 29 and the Friars would never get back within 24.

Lewis and Darryl Morsell were dominant early, as both scored seven points through the first 7:47 of action while Providence had six as a team.