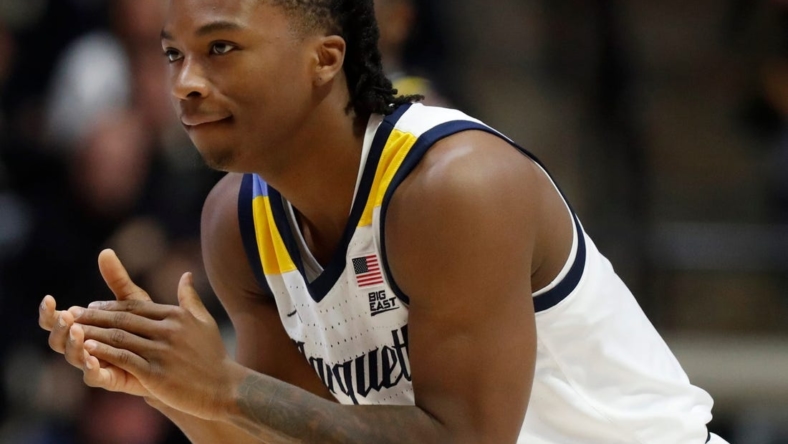 After losing two of its most experienced players in Justin Lewis and Greg Elliott this offseason, Marquette needed someone to step up and take over the reins of the program.

David Joplin has been up to the task.

Joplin will look to keep turning heads on Thursday when Marquette gets a look at Long Island University in Milwaukee.

Coming off the bench and in just his second season with the Golden Eagles (2-1), Joplin has suddenly stepped into the spotlight.

The sophomore scored a career-high 23 points against Central Michigan last Thursday before going for 21 points and nine rebounds on 7-of-11 shooting in Marquette’s most recent game — a 75-70 loss to Purdue on Tuesday.

Sophomore guard Kam Jones also came to life against the Boilermakers, finishing with 19 points after averaging just 6.5 through the first two games.

Although Golden Eagles head coach Shaka Smart wasn’t happy with the result against Purdue, his team’s record isn’t his primary concern at this point in the season.

Much like Marquette, the Sharks (1-1) are also experiencing a renaissance without their top four scorers from last season. Two sophomores — Marko Maletic and Quion Burns — have paced the offense thus far, averaging 13 and 12 points, respectively.

It marked the first victory for 17-year NBA veteran and first-year head coach Rod Strickland, who is looking forward to helping Long Island find its identity.

“It was an awkward situation,” Strickland told Andscape. “Some guys left. I’m just excited to work with the players who stayed, and who want to be here.”