Marlins will rely on Sandy Alcantara to break bad-luck streak vs. Braves 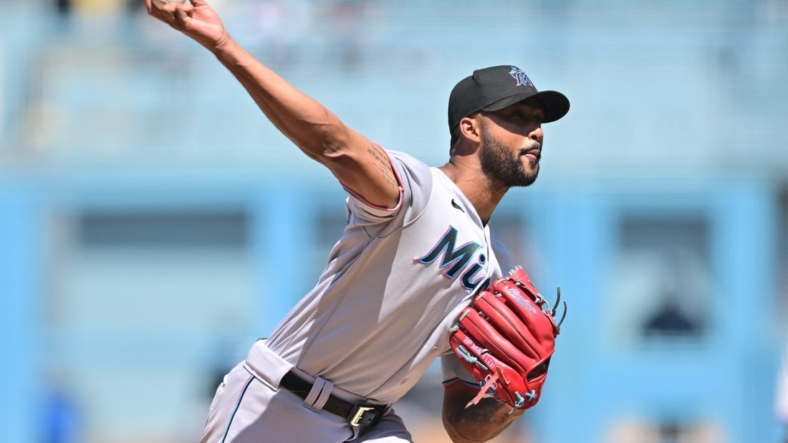 The visiting Miami Marlins are hopeful that ace Sandy Alcantara can change their luck against the Atlanta Braves when they open a three-game series on Friday.

Atlanta leads the season series 9-4 and swept a four-game series in Miami in August. The teams will play three more times in the final series of the regular season.

He threw his league-leading fourth complete game of the season in his last start, on Aug. 27 against the Los Angeles Dodgers. He became the first pitcher to throw four or more complete games since 2017, when Cleveland’s Corey Kluber and Minnesota’s Ervin Santana each had five.

Alcantara fanned 10 against the Dodgers, his fifth game with at least 10 strikeouts, and he became the seventh Marlins pitcher in club history to throw a nine-inning complete game against Los Angeles. He has limited opponents to one or fewer runs in 11 of his 26 starts.

“He was fantastic,” Marlins catcher Jacob Stallings said. “He was just locked in from the start.”

Alcantara said, “They beat me there (in Los Angeles). They came here and I just wanted to compete and win the game.”

Alcantara has made two starts against Atlanta this season. He’s 2-0 with a 0.53 ERA, giving up four runs (one earned) with 21 strikeouts over 17 innings. He is 4-1 with a 1.74 ERA in nine career starts and has never allowed a home run to the Braves.

Alcantara ranks ninth on the club’s all-time strikeout list, with 588, and needs one to catch Jose Fernandez. Josh Beckett is No. 7 with 607.

Morton did not receive a decision in his last start, Aug. 27 in St. Louis. He pitched five innings and allowed four runs on five hits, three walks and four strikeouts. Morton made five starts in August, but only one decision — a win against the Mets on Aug. 16. Two of those starts produced scoreless efforts.

“He kind of wasn’t quite as sharp as he had been,” Atlanta manager Brian Snitker said. “That’s going to happen, too. He left the game with a lead and had a chance to win the game.”

Morton has faced the Marlins once this season and came away with the win after pitching 5 1/3 innings and allowing three runs on seven hits, one walk and five strikeouts on May 20 in Miami. This will be his 21st career start against Miami and he has posted a 10-5 record with a 4.08 ERA.

The rosters expanded on Thursday. Atlanta added infielder Orlando Arcia, who has been out since Aug. 10 with a strained left hamstring, and activated right-handed reliever Jesse Chavez, who had been signed off waivers. The Braves also returned right-hander Mike Soroka from his rehab assignment, reinstated him from the injured list and optioned him to Triple-A Gwinnett. Soroka remains an option for the playoff roster.