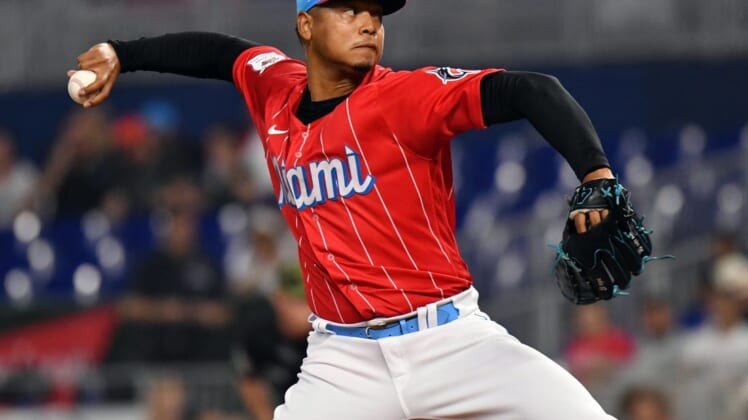 The Miami Marlins optioned right-hander Elieser Hernandez to Triple-A Jacksonville on Saturday after he opened the season with a 6.75 ERA.

Hernandez, 27, has made 11 appearances this season, nine of them starts. His 18 home runs allowed are the most in baseball heading into Saturday’s slate of games.

No corresponding roster move has been named. With an open rotation spot Sunday against the San Francisco Giants, the Marlins are expected to recall left-hander Braxton Garrett, who has not pitched in the major leagues this season.