Marlins send ace against Cardinals in effort to avoid sweep 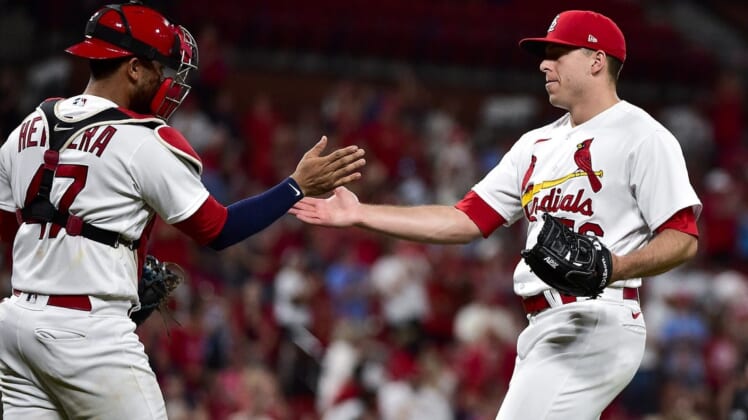 Sandy Alcantara will seek his first victory against his original team when the Miami Marlins conclude their three-game road series against the St. Louis Cardinals on Wednesday night.

“Scoring runs is important; we’re in the top of the league in doing that,” Cardinals manager Oliver Marmol said. “I like our offense. I think there’s different ways we can win. We have some young guys who have come up and performed well. We have guys out of this lineup due to injury, and we’re still winning ballgames and we’re still scoring runs.

He struck out six and allowed just four hits and a walk in that game. Alcantara has struck out 29 in 27 1/3 career innings against the Cardinals while allowing just 18 hits.

But Alcantara is coming off his second-worst outing of the season. He allowed five runs (four earned) on six hits, including two homers, in seven innings of a 5-3 loss to the New York Mets on Friday. Francisco Lindor drove in four runs against him.

“I was able to throw my best pitch,” Alcantara said. “I think I missed a little bit up in the zone. They hit a spot to hit the ball. … Like I said, just lost the fight tonight.”

Alcantara had not allowed a homer since May 11 and had not suffered a multi-homer game since May 1.

The Cardinals will counter Alcantara on Wednesday with rookie right-hander Andre Pallante (2-3, 2.03 ERA), who is coming off a 3-0 loss to the Chicago Cubs on Friday. He allowed three runs on seven hits and three walks.

“I did a poor job of executing with two strikes,” he said. “There were multiple at-bats that would have been a lot quicker and which would have led to a lot easier innings if I had executed pitches there.”

Pallante has worked five or more innings in his last three starts while adjusting to his move from the bullpen.

At least he retired the Cubs in order in the sixth inning to end Friday’s outing on a high note.

“My last two outings had ended on a walk, and I’m happy I was able to compete that last inning,” Pallante said. “The things I can control are my mentality and what I try and produce on the field. That was a good mentality moment for me.”

Marlins second baseman Jazz Chisholm Jr. left Tuesday’s game in the bottom of the second because of back tightness. He had just returned to the lineup in the game after recovering from back spasms.