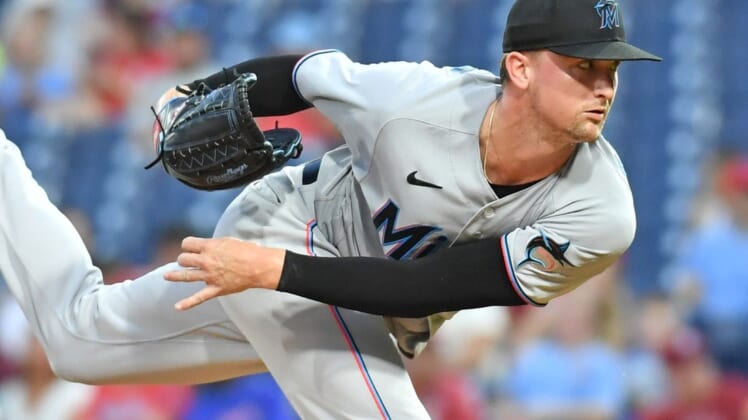 The Miami Marlins scratched Braxton Garrett from his start Saturday night at Los Angeles and placed the left-hander on the injured list with a right oblique strain, the team announced.

The Marlins recalled right-hander Bryan Hoeing from Triple-A Jacksonville to make his major league debut in the start against the Dodgers.

To make room for Hoeing on the 40-man roster, right-hander Anthony Bender (elbow) was transferred from the 15-day injured list to the 60-day IL. Bender is set to undergo Tommy John surgery.