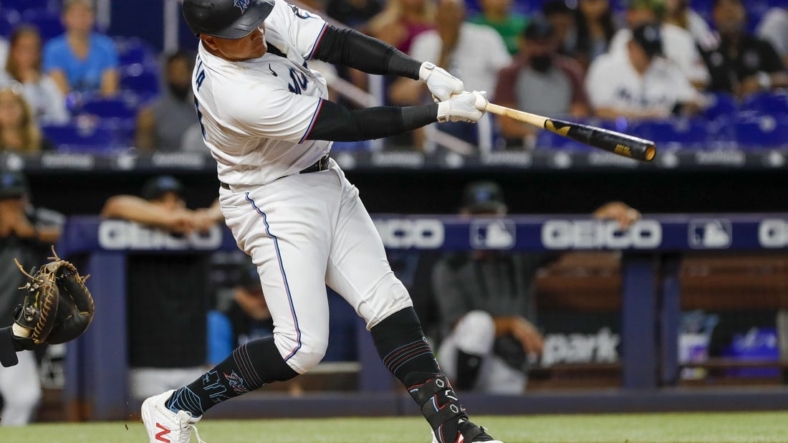 The Miami Marlins moved outfield Avisail Garcia onto the 10-day injured list Tuesday with a left hamstring strain amid a series of moves.

It’s the same hamstring that landed Garcia on the IL Aug. 3. After missing a little more than a month, Garcia returned Sept. 6. He aggravated the hamstring in the first inning of Saturday’s game against the New York Mets and hasn’t played since.

Groshans, acquired earlier this year in the trade that sent pitchers Anthony Bass and Zach Pop to the Toronto Blue Jays, was batting .263 with three home runs and 34 RBIs between two Triple-A clubs and a Single-A team this year. He will make his major league debut Tuesday when the Marlins face the Philadelphia Phillies, playing third base and batting eighth.

Nardi was 0-1 with a 14.63 ERA in seven relief appearances for Miami earlier this season.

Garrett started the team’s second game of Monday’s doubleheader against the Texas Rangers, yielding two runs on two hits and two walks in 4 2/3 innings in his first major league start in nearly a month. He is 2-6 with a 3.68 ERA in 14 starts.