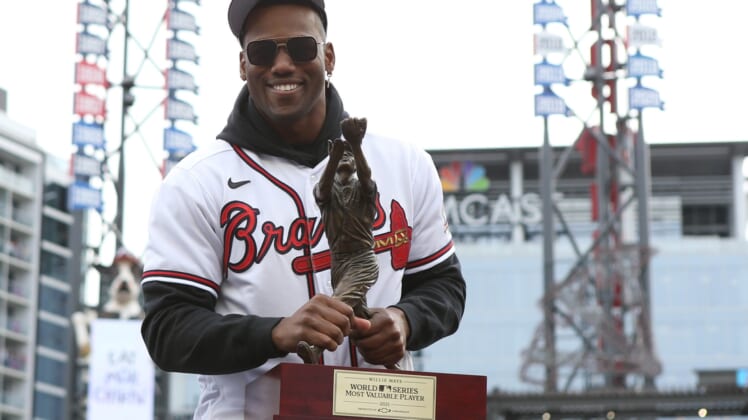 The Miami Marlins officially announced the signing of outfielder Jorge Soler to a three-year contract on Tuesday.

Previous reports put the value of the deal at $36 million.

He batted .300 with three home runs and six RBIs in six games during the 2021 World Series, earning Most Valuable Player honors in the Fall Classic. He joined former Marlins pitcher Livan Hernandez (1997) as the only two Cuban-born players to be named MVP of the World Series.

Soler is the first reigning World Series MVP to change teams in the offseason since Edgar Renteria (2010 with San Francisco) signed with Cincinnati in 2011.