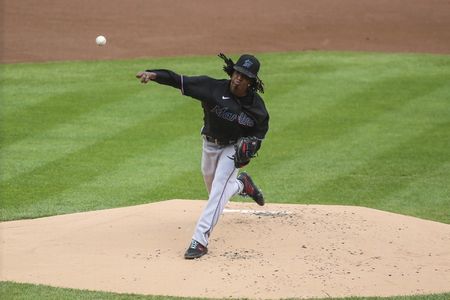 The Miami Marlins could head into the postseason with a couple of injury concerns after outfielder Starling Marte and right-hander Jose Urena left Sunday’s game against the New York Yankees.

Marte sustained a left ear contusion, according to the team. He was hit in the helmet by a fastball, and the force of the impact popped off his helmet as he spun toward the ground.

Urena also exited the game early after a line drive hit him in his throwing hand.

Marte, 31, joined the Marlins this season at the trade deadline after the team acquired him from the Arizona Diamondbacks. Because of the trade, he ended up playing 61 games in the 60-game season, finishing with six homers and 27 RBIs.

It is not clear whether Marte and or Urena will be sidelined for the start of the playoffs later this week.