Marlins going for 8th straight win as they host Mariners 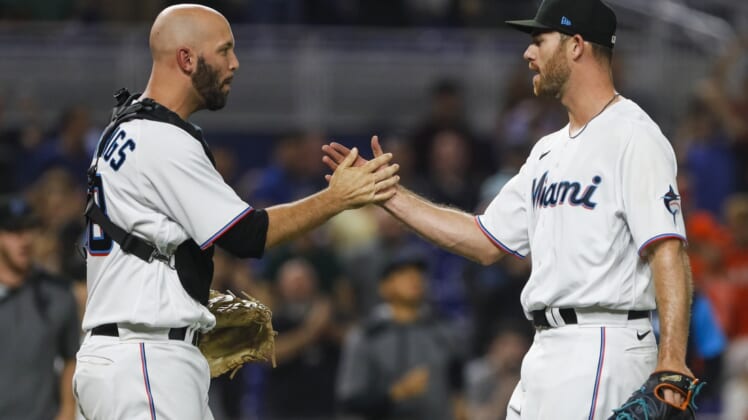 The Seattle Mariners and the host Miami Marlins saved the best pitching matchup for last.

When the teams close their three-game series on Sunday afternoon, the Marlins will start right-hander Sandy Alcantara (2-0, 1.78 ERA).

Seattle will counter with right-hander Logan Gilbert (3-0, 0.40), who leads the American League in ERA.

The Marlins have won seven straight games — the longest active streak in the National League.

“Our pitching has been great all year,” Marlins third baseman/outfielder Brian Anderson said. “Our position players are just now starting to roll.”

Alcantara will try to keep it going against Seattle, a team he has never faced. But one of the game’s trends favors Alcantara, who has a 3.22 career ERA in Miami, covering a span of 44 games (40 starts). On the road, his career ERA is a tick higher at 3.60.

All four of Alcantara’s starts this year have come with catcher Jacob Stallings, who is expected to start on Sunday.

This will be a homecoming for Gilbert, a native Floridian (Winter Park) who played his college ball in this state at Stetson, alma mater of Jacob deGrom.

This year, Gilbert will enter Sunday’s game on a streak of 17 1/3 scoreless innings. One key has been the increased velocity of his slider, from 83 mph to 86.

Seattle has won all four of Gilbert’s starts. Perhaps this will be where the Mariners end their four-game losing streak.

The Marlins, who started nine right-handed hitters on Saturday in their 3-1 win over lefty Robbie Ray, are expected to go back to their usual starters on Sunday.

If Chisholm isn’t Miami’s best young hitter, then it’s Sanchez, his fellow 24-year-old. Sanchez is hitting .286 and is second on the team in homers (three) and RBIs (12).

Wendle is batting .304 and has shown versatility by playing third base and shortstop.

“I don’t plan to start nine righties against lefties all the time,” Marlins manager Don Mattingly said of his Saturday lineup. “It worked out (on Saturday). We want to take care of our guys (with occasional rest).”

“Playing these tight games against really good pitching,” Mariners manager Scott Servais said, “you have to find a way to get it done.

“We’re fine. You have streaks like this. It’s just a matter of getting through it now.”