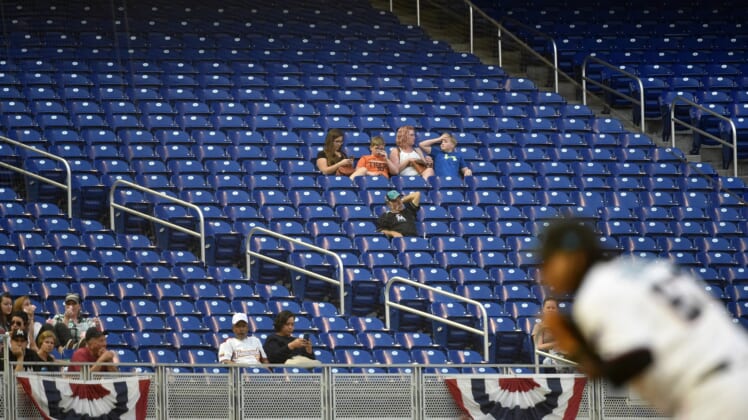 The rebuilding Miami Marlins are not expected to contend this season. That appears to be fine with front office head Derek Jeter and Co. But for fans in South Beach, there’s much better things to do than watching a bad on-field product.

Of Miami’s first five home dates this season, four have drawn less than 8,000. Its game against the New York Mets on Tuesday drew just 5,934.

Unfortunately, things are not getting better in this regard. During the early part of Wednesday’s game against that very same New York team at Marlins Park, fans could be heard chanting “let’s go Mets.”

The Marlins entered Wednesday’s game having lost four of their first six dates and being outscored by just six runs in the process.

Even then, fans in Miami are not ready to support a team that has been cast aside by the organization’s hierarchy over the past two offseasons.