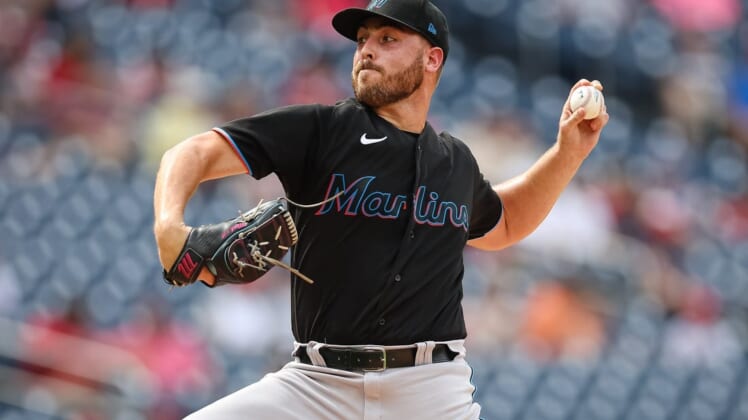 With one out in the bottom of the first, Reds third baseman Donovan Solano drilled a 1-1 pitch that ricocheted off the left side of Castano’s head and was caught for an out by Marlins third baseman Joey Wendle.

Castano dropped to his knees and remained down for a spell before walking off on his own power.

Castano had given up a run on two hits before leaving.