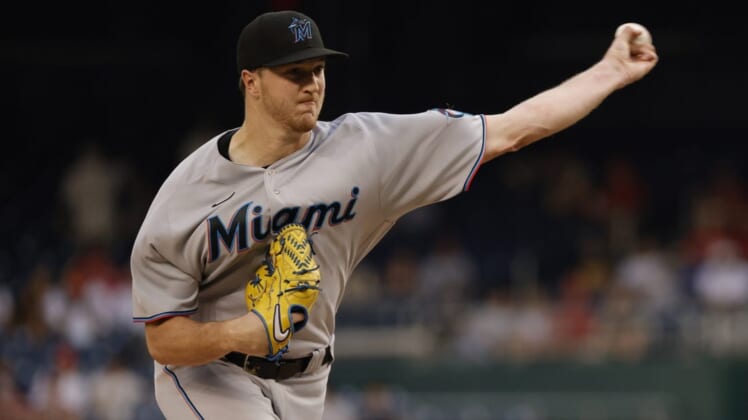 Brian Anderson hit a home run and an RBI single as the visiting Miami Marlins opened a four-game series by defeating the Washington Nationals 6-3 on Friday night.

Garrett Cooper drove in a run with one of his two doubles for Miami, Joey Wendle returned from the injured list to go 2-for-4 with a run and an RBI.

Marlins starter Trevor Rogers (4-6) gave up one run on two hits and three walks in five innings. He struck out four. Rogers secured just his second victory since mid-May — and both of them have come against the Nationals.

Four relievers combined a five-hitter for the Marlins, who have won two in a row after dropping four of five games. Tanner Scott tossed a 1-2-3 ninth inning for his eighth save.

Washington starter Josiah Gray (6-5) took his first loss since May 24, giving up six runs on 10 hits in 5 2/3 innings. He had blanked Miami across five innings in a no-decision last month.

Cooper finished 3-for-5, while Miguel Rojas, Anderson and Wendle all had two hits. The Marlins finished with 12 hits and stranded nine runners.

Anderson began the scoring in the third inning with his third home run of the season, a solo shot. He provided another run with a sixth-inning single.

Wendle, who hadn’t played in a big-league game since May 30 because of a hamstring strain, added an RBI single in the third and later scored on Cooper’s double.

Miami’s Jon Berti drove in runs with a sacrifice fly in the fifth and a fielder’s choice in the sixth.

Bell had the only two Washington hits through five innings. Ruiz belted a two-run, two-out homer in the sixth off Dylan Floro to pull the Nationals to within 6-3.