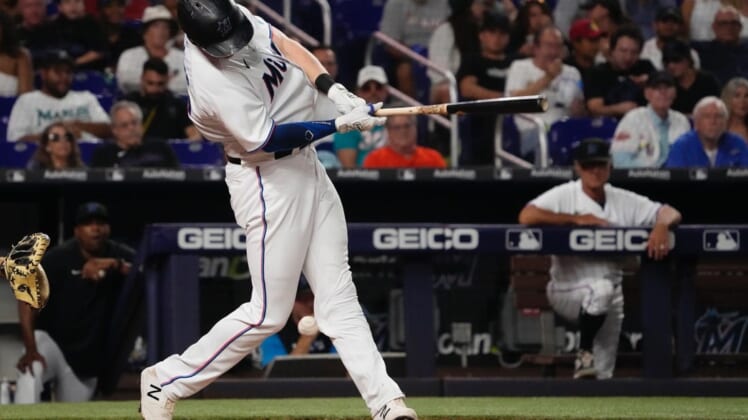 Cooper fouled a 1-1 pitch from Pittsburgh’s Tyler Beede off the knee during an at-bat in the bottom of the sixth inning. Cooper initially stayed in the game and struck out looking on the next pitch before he limped back toward the dugout and continued to struggle as he talked with a team trainer.

Cooper’s exit led to Avisail Garcia entering the game in right field as part of five position changes, including shortstop Miguel Rojas moving to first base.

Earlier Tuesday, Cooper was named to the National League All-Star Game for the first time in his career. He was tabbed as a replacement for Bryce Harper.

Cooper is batting .296 with seven homers and 40 RBIs in 77 games this season.

He went 0-for-3 with two strikeouts in Tuesday’s game before his departure.