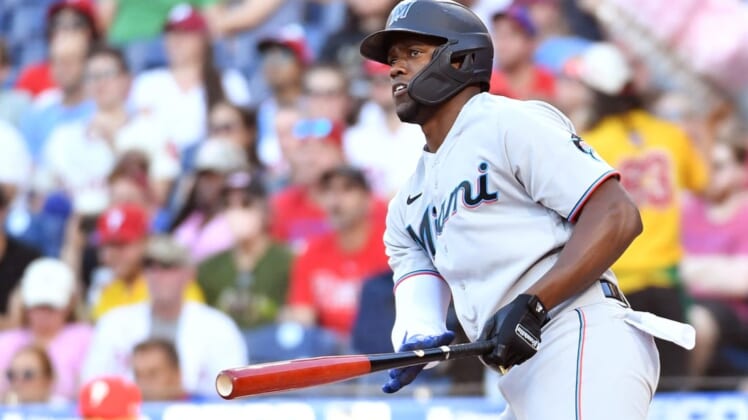 In corresponding moves, infielder Jon Berti was placed on the 10-day IL with a left groin strain, and lefty Daniel Castano was optioned to Triple-A Jacksonville.

Soler, 30, was in Miami’s lineup for Friday’s series opener against the host Colorado Rockies, batting cleanup. He has not played since June 28 due to bilateral pelvis inflammation.

Poteet, 27, last pitched for Miami on May 25, missing the past six-plus weeks with a right elbow muscle injury. He made three rehab starts, including two with Triple-A Jacksonville in which he allowed just three hits over a combined 4 2/3 innings with no runs, no walks and six strikeouts.

Berti has started games at third base, second base, shortstop, left field and center field across 58 games this season. The 32-year-old also leads the majors with 28 stolen bases while batting .271 with two homers and 19 RBIs.