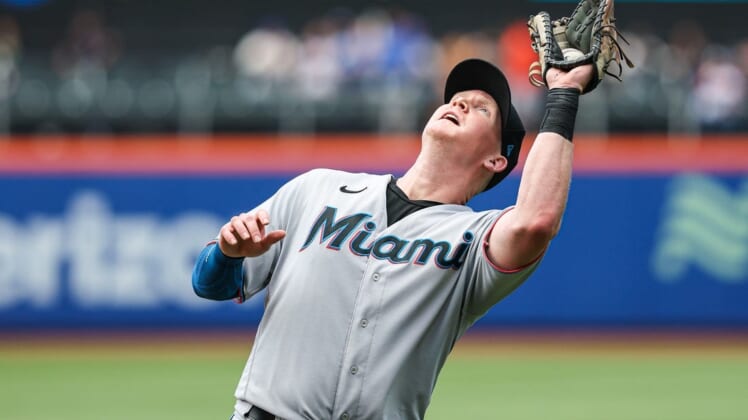 The Miami Marlins placed Garrett Cooper on the 10-day injured list Tuesday due to a right wrist contusion and recalled infielder Lewin Diaz from Triple-A Jacksonville in a corresponding move.

Cooper was hit by a pitch in the right wrist while pinch-hitting during Saturday’s game against the Pittsburgh Pirates. He has not played since.

The 31-year-old has split his time between first base (44 starts) and designated hitter (36) this season. He was named to the National League All-Star team as a replacement selection and is batting .279 on the year with seven home runs, 40 RBIs and a career-high 21 doubles.

Diaz, 25, played in three major league games for Miami earlier this year and has made 57 big-league appearances in three seasons with the club. He is a career .187 hitter with eight home runs and 16 RBIs. All eight homers and 13 of his RBIs came in 2021 (40 games).

Diaz was in the lineup for Miami’s game Tuesday at the Cincinnati Reds. He will bat fifth and play first base.