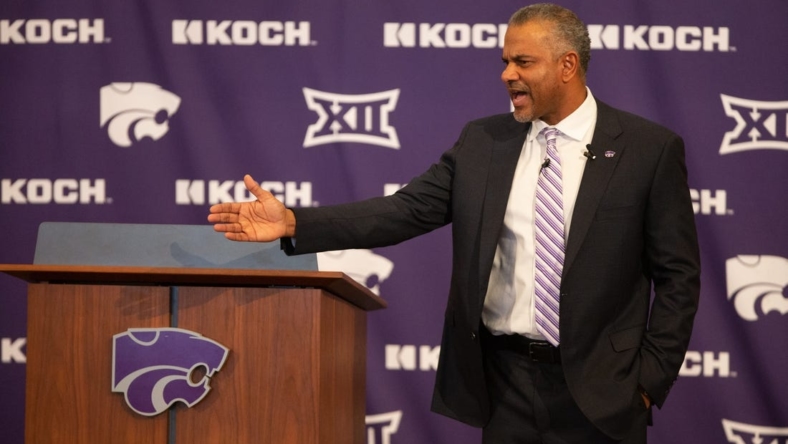 Markquis Nowell had a critical four-point play, helping Kansas State withstand a furious charge by Cal in a 63-54 victory Friday in Berkeley, Calif.

The Bears (0-2) had trimmed a 20-point deficit to one point before Nowell scored six straight points for the Wildcats.

Nowell then hit a 3-pointer and was fouled, hitting the free throw. Soon thereafter, he drove for a layup, which was followed by a dunk by Tomlin.

Cal could get no closer than five points the rest of the way.

Kansas State used a 5-0 run to break open a tie game after Cal coach Mark Fox was called for a technical midway through the first half. Both teams then struggled to find the net. Kansas State went 3:30 without scoring a point. Cal went 10:27 without a field goal before finally hitting its last three field-goal attempts of the half.

The Wildcats finished the half on a 23-8 run to take a 36-21 lead into the break. The advantage was carved largely with defense, as they forced 15 turnovers in the first half (including four drawn charges) and outscored the Bears 15-5 in points off turnovers.

Johnson led the Wildcats with nine points at the half. Nowell and Tomlin added seven each. Askew paced Cal with six points, but he picked up three first-half fouls.