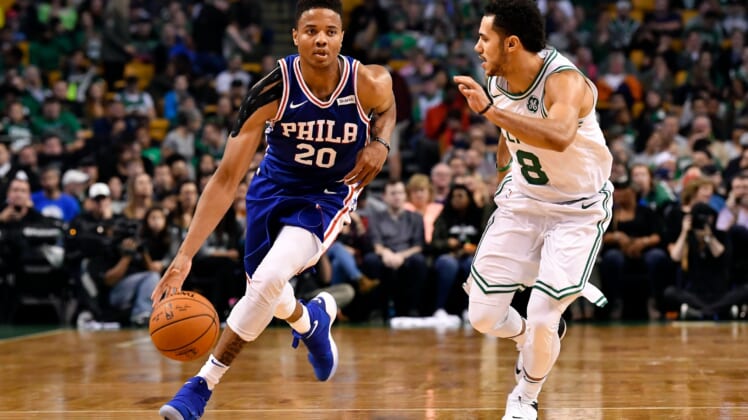 Markelle Fultz had an incredibly difficult rookie season after being selected No. 1 overall by the Philadelphia 76ers. Not only did he suffer through a ridiculously frustrating shoulder injury that never seemed to go away, but the poor kid absolutely forgot how to shoot.

In an appearance on the Talking Schmidt Podcast, as transcribed by Kyle Neubeck of PhillyVoice, Hanlen described Fultz’s problem as “one of the most documented cases of kind of the yips of basketball in recent years, where he completely forgot how to shoot and had multiple hitches in his shot.”

“We’ve been working hard every day, working on rewiring his body and getting a kind of smooth stroke back into his shot,” Hanlen said. “We’re way ahead of pace where I thought we were going to be, I thought it was going to take me at least six weeks before we had kind of a serviceable jump shot, and we’re already starting to shoot with a jump in Week 2.”

He also said the shot is “not perfect yet” and noted he gives Fultz a hard time daily by saying, “I still believe Jayson Tatum was the best player in that draft.”

For what it’s worth, the Sixers haven’t given up on Fultz yet, and he quite honestly had some pretty big moments late in the season when he did get back onto the court. This young man went No. 1 for a reason, and if he can get his shot figured out he’ll prove that in Year 2.