Mark Cuban: ‘I’d rather lose every penny than have Trump as president’ 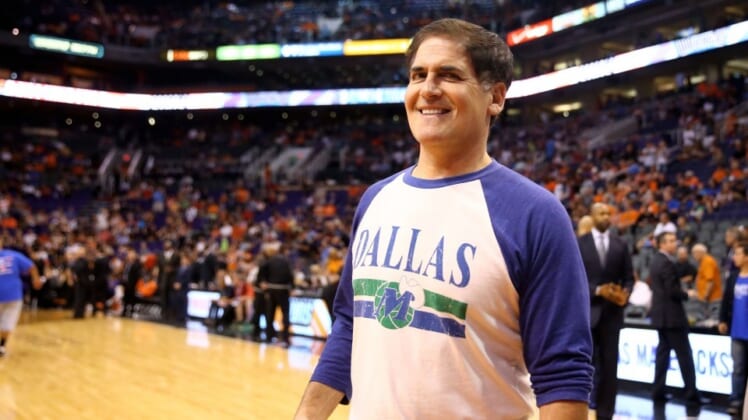 Dallas Mavericks owner Mark Cuban has been an outspoken opponent of Republican Presidential candidate Donald Trump. That much can be deciphered from his consistent ramblings on the social media sphere. He’s also a proponent and big time supporter of Trump’s nemesis, Hillary Clinton.

With the election itself less than a week away, Cuban is making sure we know where he stands on the election itself. When asked by Newy Scruggs on NBC Sports Radio Wednesday about the potential that he’s losing Mavericks fans for supporting Clinton, Cuban did not hold back.

“You know what, when it’s all said and done, I’d rather lose every penny than have Trump as president because I care more about the future of my family, my children than I do about my pocketbook,” Cuban said. “And so if it means we play to empty arenas, I’m down with that.”

As divisive as this election might be, it’s hard to imagine Mavericks fans refusing to support their team due to Cuban’s political stance. Even then, Cuban himself is surely to make waves in regards to these comments.

The billionaire had previously indicated that he believed that there’s now a “stigma” attached to Trump’s brand due to the rhetoric the business tycoon has used during the election (via CNBC).

With the election set to be held this upcoming Tuesday, it appears to be a tight race. It’s in this that the rhetoric promises to be amped up over the next four days or so.

As it is, Cuban is making it known what he thinks about Trump-supporting Mavericks fans and whether they’ll somehow stop supporting his team. Whether that creates a backlash remains to be seen.