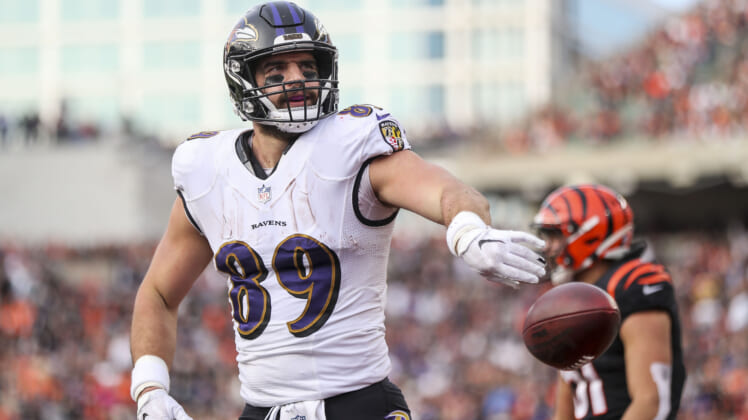 It was an open question whether Baltimore Ravens tight end Mark Andrews would suit up for Thursday night’s game against the Tampa Bay Buccaneers.

The two-time Pro Bowler was questionable heading in with a knee injury. It wasn’t long before kickoff that the Ravens announced he would be available.

It also didn’t take too long for Andrews to exit for the locker room. After catching three passes on five targets early on, Andrews left with what the Ravens called a shoulder injury. Initially, he was questionable to return.

The Ravens were banged up heading into this Week 8 matchup with the likes of Mark Andrews, Gus Edwards, Rashod Bateman and Marlon Humphrey, among others, questionable. All suited up. Though, it must also be noted that Bateman and Humphrey joined Andrews in the locker room before the first half even came to an end.

Through the first seven games of the season, Andrews was targeted a whopping 59 times. That represents 30% of Lamar Jackson’s target shares on the season.

With Baltimore struggling to find consistency at wide receiver following the off-season trade of Marquise Brown, Jackson has been forced to rely more on his stud tight end than in the past. It can’t afford him to miss extended time.

As for Andrews’ most-recent injury, we will have further updates when they become available.