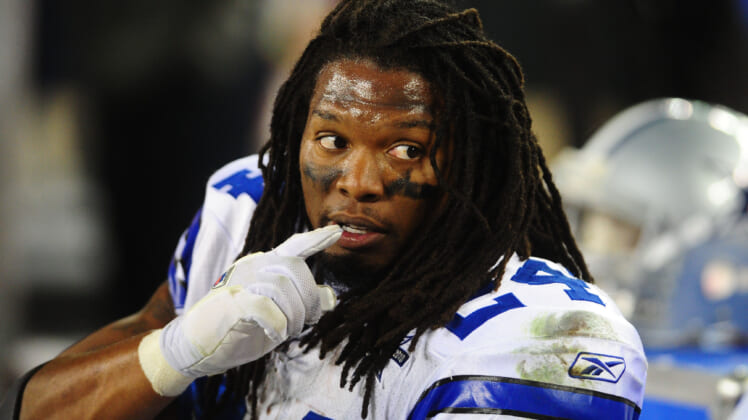 Former Dallas Cowboys running back Marion Barber had been in the news for all the wrong reasons since playing his last NFL snap with the Chicago Bears back in 2011.

That has now apparently taken a tragic turn. Multiple media reports indicate that Barber was found dead in his Frisco apartment on Wednesday at the young age of 38.

Details of his death are not yet known. According to the Fort Worth Star-Telegram, authorities in Frisco indicated that there was a “welfare concern” as it relates to the former Pro Bowl running back. No other information is available at this time.

Marion Barber starred for the Dallas Cowboys from 2005-10

A fourth-round pick out of Minnesota back in 2005, Barber jumped on to the scene as an important part of their offense out of the gate. Over the course of his first three NFL seasons, the running back tallied 2,760 total yards and 33 touchdowns. He earned his first and only Pro Bowl appearance back in 2007.

After playing three more seasons with Dallas, Barber closed up shop on his NFL career as a member of the Bears in 2011.

Since his NFL career came to an end, Marion Barber found himself in a tailspin. In 2014, he was detained by police and taken to a hospital for a mental health evaluation. In 2019, Barber was arrested in Frisco on two misdemeanor counts of criminal mischief.

Barber’s former teammates have also expressed concern over his well-being in recent years. That includes this social media post from Dez Bryant back in July of 2021.

We’ll obviously have more information on this tragic news once it breaks. For now, our thoughts go out to those close to Barber.