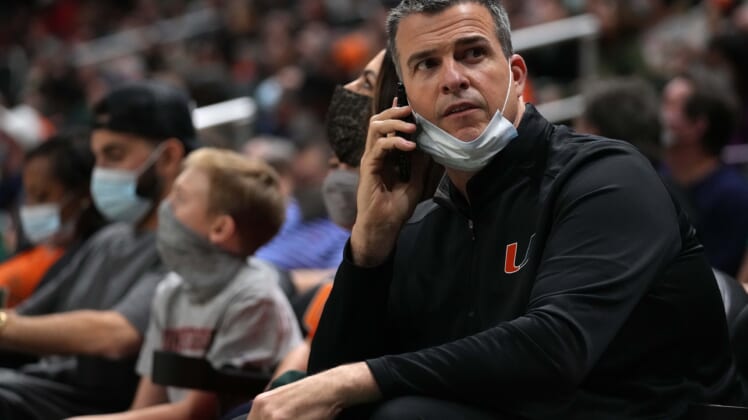 The Miami Hurricanes made Mario Cristobal one of the highest paid college football coaches this offseason. Now, the Miami native can look forward to years of paradise in the region he grew up with a stunning $7.9 million mansion.

Cristobal, a Miami native, left the University of Oregon this offseason to run the football program at his alma mater. The 51-year-old coach has spent the past several months recruiting and getting his team ready for the 2022 college football season.

As he now gets settled back into his surroundings, Miami’s coach is relaxing in his mansion near Coral Gables that is fitting for one of the most prominent figures in the region.

According to Front Office Sports, it’s an 8,800-square-foot estate that puts Cristobal and his family in the same neighborhood as Miami Heat star Jimmy Butler. Cristobal’s mansion comes with a gym, a courtyard, eight bathrooms and a luxurious pool.

Of course, news of Cristobal’s housing purchase comes at an interesting time. There’s an ongoing inquiry by Congress into the salaries of football coaches at some of the top universities across the United States. Cristobal’s salary at Miami is one of the examples being used as evidence of the figures getting far too high.