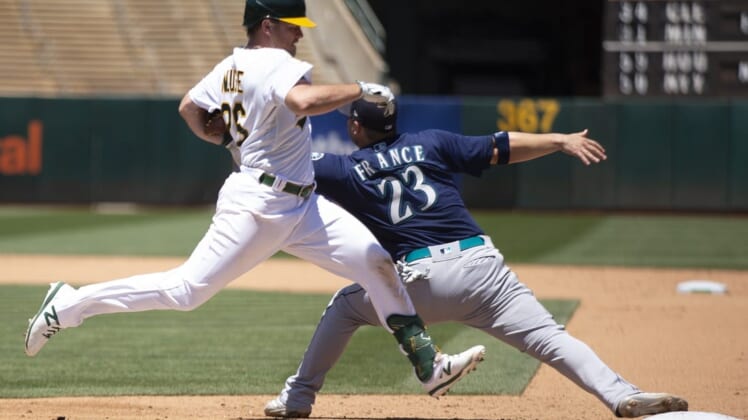 Seattle Mariners standout Ty France was reinstated from the 10-day injured list prior to Thursday night’s home game against the Toronto Blue Jays.

France, who was sidelined with a left elbow sprain, was listed in the lineup as the designated hitter and batting second.

France is a finalist to be the American League’s starting first baseman in the upcoming All-Star Game. The other finalist is Vladimir Guerrero Jr. of the Blue Jays.

The 27-year-old France was injured on June 23 when Sheldon Neuse of the Oakland Athletics collided with France’s glove arm while France was attempting to catch a throw.

Seattle optioned outfielder Marcus Wilson to Triple-A Tacoma in a corresponding move. Wilson was 1-for-5 in three games with the Mariners.