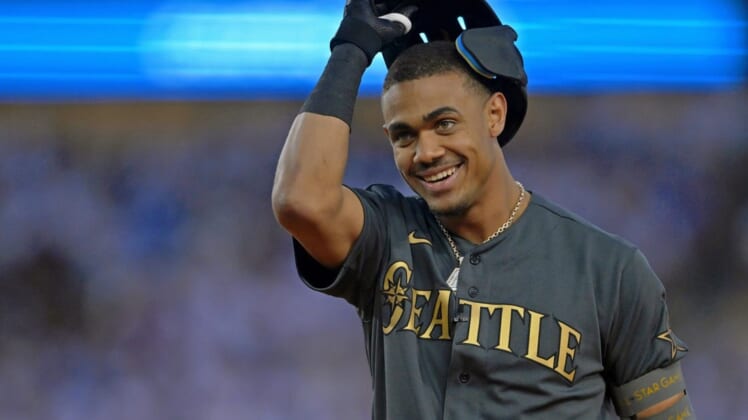 Rodriguez missed four games with a bruised left wrist after the Mariners came back from the All-Star break. He was set to bat leadoff and play center against Texas.

The 21-year-old jammed his wrist while attempting to steal second base against the Rangers on July 17 in the final game before the All-Star break.

Rodriguez was named an All-Star and also participated in the Home Run Derby the day after suffering the injury. He hit 81 homers and finished runner-up to Juan Soto of the Washington Nationals. The next day, he went 0-for-2 in the All-Star Game.

Rodriguez later told reporters that he felt his wrist “getting a little bit worse” after the Home Run Derby. Before his return Tuesday, there was slight concern an IL stint would be required.

The overwhelming favorite to win American League Rookie of the Year, Rodriguez has played in 91 games this year and collected 16 home runs, 18 doubles, 52 RBIs and 21 stolen bases while batting .275.