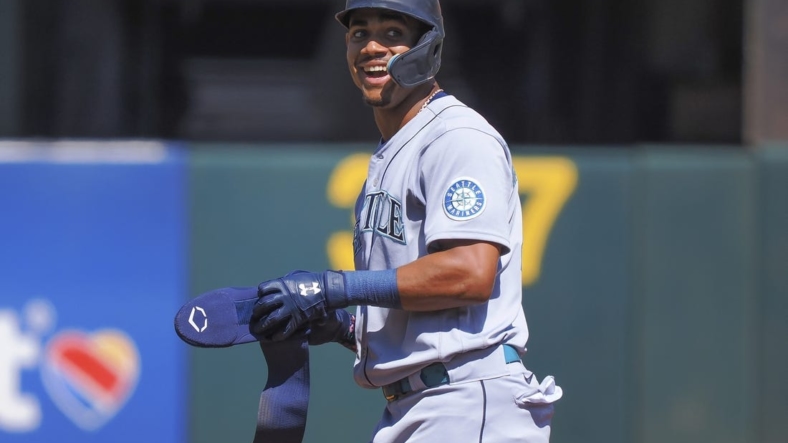 The Seattle Mariners placed rookie outfielder Julio Rodriguez on the 10-day injured list Friday due to a lower back strain.

Rodriguez, who burst onto the major league scene earlier this year and made the All-Star Game, missed three games Sept. 17-19 with tightness in his lower back. After returning to the lineup Tuesday, he left Thursday afternoon’s win over the Oakland Athletics in the bottom of the first inning.

The timing of his move to the IL means he could return in the final days of the regular season. The Mariners, who entered Friday’s game against the Kansas City Royals 82-67, are in position to make the playoffs for the first time since 2001, which would end the longest active drought in MLB.

In a corresponding move, the Mariners recalled outfielder Taylor Trammell from Triple-A Tacoma. Trammell hit four home runs and 10 RBIs while batting .208 in 41 games for Seattle earlier this season.