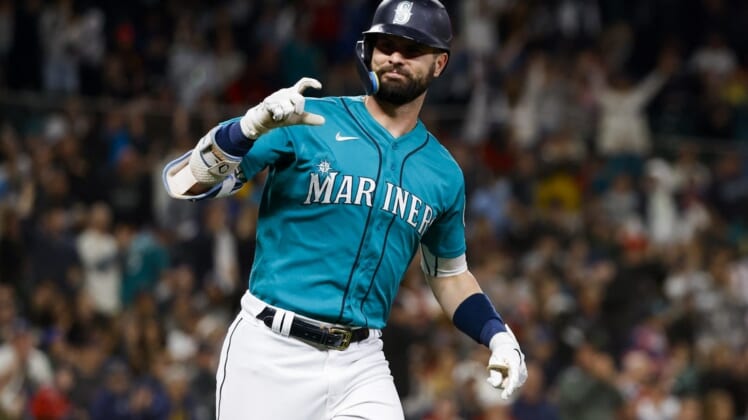 The Seattle Mariners announced a contract extension Thursday for outfielder Jesse Winker through the 2023 season.

Terms were not disclosed. The deal buys out the rest of his arbitration-eligible service time and he will be eligible for free agency in 2024.

Winker, 28, has played in 61 games this season, entering Thursday with a .214 batting average, four homers, 24 RBIs and an American League-leading 38 walks.

A first-round pick by Cincinnati in 2012 and a National League All-Star with the Reds in 2021, Winker was acquired by Seattle in a March trade.