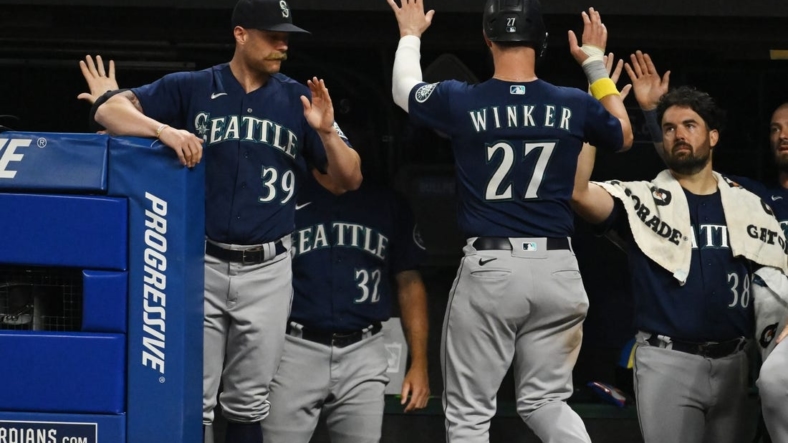 Robbie Ray threw six shutout innings to help the visiting Seattle Mariners to a 4-0 win over the Cleveland Guardians on Saturday night.

Ray (12-8) allowed six hits, struck out three and didn’t walk a batter in the middle game of the three-game series. It was the reigning AL Cy Young winner’s second consecutive appearance against the Guardians, having blanked them on three hits over seven innings in a 4-0 win on Aug. 28.

Ty France homered for the Mariners, who have won six in a row to tighten their grip on an AL wild-card spot.

Steven Kwan and Owen Miller had two hits each for the Guardians, who have combined for one run while losing their past four games but remain a game ahead of the Minnesota Twins for first place in the AL Central.

Cleveland recalled right-hander Xzavion Curry from Triple A-Columbus and he made his second MLB appearance, starting in place of Aaron Civale, who went on the injured list on Friday with right forearm inflammation.

Curry (0-1) allowed four runs (three earned) and five hits in 4 1/3 innings. He had five walks and no strikeouts.

France was the second batter Curry faced, and he lifted an inside fastball over the fence in left for a 1-0 lead.

The Mariners scored an unearned run in the second inning after Cleveland third baseman Jose Ramirez misplayed a potential inning-ending double play grounder. Curry later walked Mitch Haniger with two outs to force in a run and make it 2-0.

Curry’s control got him in trouble again in the fifth when he threw 12 balls in 15 pitches to walk the bases loaded with one out.

Nick Sandlin came in and gave up an RBI single to Cal Raleigh to make it 3-0. He then walked J.P. Crawford to force in another run.

Ray, who went 3-0 in five starts in August with a 1.64 ERA, pitched around back-to-back, leadoff singles in both the first and fifth innings. He picked off Kwan, who had the first single in the first inning, and retired the final three batters in order in the fifth.

The Guardians stranded two more runners in the seventh off reliever Matt Brash and in the ninth off Paul Sewald.