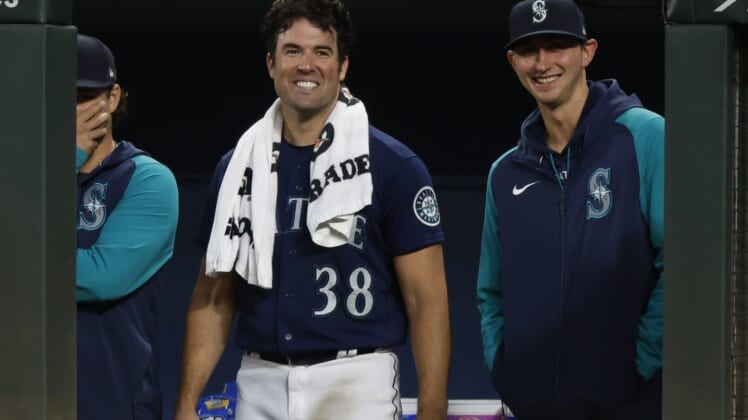 Robbie Ray relied on two pitches last season with Toronto when he won the American League’s Cy Young Award: a four-seam fastball and a slider.

And now, so has Ray.

The left-hander enters Seattle’s game Sunday afternoon against the visiting Oakland Athletics having allowed just two runs on 11 hits with 28 strikeouts in 27 innings over his past four starts.

A two-seam fastball that Ray said he hadn’t used in six years.

After Houston hit three homers off Ray in the first two innings of a start on June 6, Mariners manager Scott Servais huddled with the hurler, pitching coach Pete Woodworth and catcher Cal Raleigh.

“They were not missing. A lot of pitches were right over the plate,” Servais said. “And after the first two innings, I was like, ‘OK, let’s try something different.’ Sometimes I don’t get involved in those conversations. … I just grabbed him and said, ‘Hey, man, we’ve got to shake it up. I know you don’t really have a definite Plan B. Let’s make one up.'”

Ray went back to the two-seamer and didn’t allow a run over his final three innings of that game.

“Putting up three zeros with a pitch I haven’t thrown in six years, it was definitely encouraging,” Ray said. “It shows how I’m able to adapt in a game and make decisions on the fly.”

“They were taking the slider below the zone. They weren’t really chasing it,” Ray said. “In the zone, it seemed like they hit it every time. So, for me, I was just thinking if I get something to go that way instead of everything coming kind of inside to them, because they kind of seemed like they were just looking in. Like everything coming in, in, in. And so, I just thought if I could get something going the other way, it might change the look. It might knock them off guard.”

The A’s plan to counter Sunday with right-hander Frankie Montas (3-8, 3.20) in what could turn into another pitching duel. Montas is 2-2 with a 2.60 ERA in 11 career appearances (eight starts) against Seattle.

The Mariners recorded a 2-1 win over the Athletics on Saturday after Abraham Toro’s bases-loaded single in the bottom of the ninth inning.

“(Kirby) threw the ball well, but Paul was pitch for pitch with him,” said A’s manager Mark Kotsay, who was ejected in the sixth inning for arguing balls and strikes. “I thought, overall, those two starters really performed well.”

The Mariners tied the score on pinch-hitter Justin Upton’s solo homer with two outs in the eighth off A.J. Puk.

“Credit to our guys for hanging in there,” Servais said. “Because it’s easy to say it is not our day and we’ll move on until tomorrow. Our guys didn’t do that.”