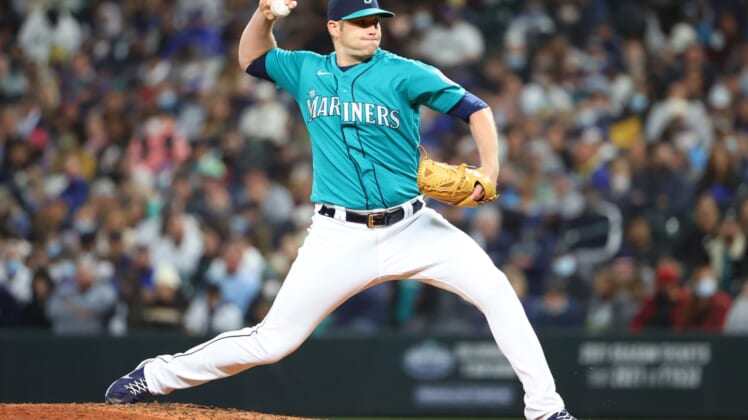 Sadler enjoyed a career-best campaign for Seattle last season when he compiled a 0.67 ERA in 41 relief appearances. He didn’t allow a run in his last 29 appearances to set a franchise record.

The 31-year-old Sadler missed close to three months last season due to shoulder issues. Overall, he gave up four runs (three earned) and 19 hits in 40 1/3 innings. He struck out 37 and walked 10.

Sadler’s emergence last season was one of the factors in why the Mariners (90-72) were in the American League wild-card race until the final day of the season before failing to land a spot.

The Mariners claimed Sadler off waivers from the Chicago Cubs late in the 2020 campaign.