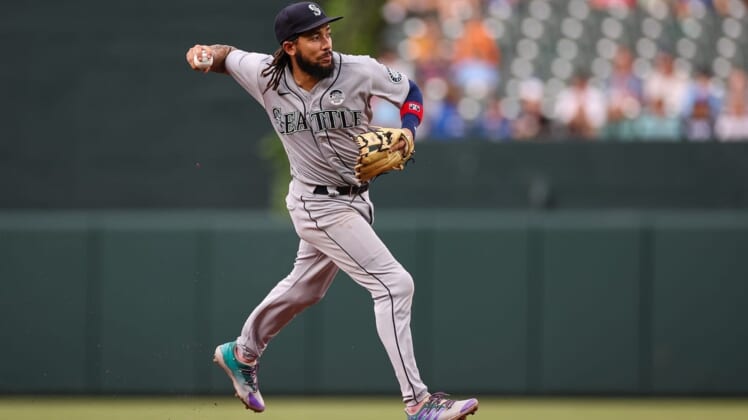 Abraham Toro’s run-scoring triple in the 10th inning held up as the winning hit as the Seattle Mariners topped the host Baltimore Orioles 7-6 on Thursday night.

Diego Castillo (2-0) pitched the last two innings for the victory. He struck out the first two batters in the bottom of the 10th before Adley Rutschman lined out to second base to end the game.

Toro was in his first game in nearly two weeks because he had a stint on the injured list with a strained shoulder. He had one extra-base hit in May, when he played in 20 games.

Luis Torrens and Jesse Winker both went 3-for-5 for the Mariners.

After the teams combined to score seven runs in the sixth inning, neither team scored again until the 10th.

Torrens capped a four-run sixth inning with a single to drive in two runs for Seattle. The Orioles pulled even at 6-6 after Ramon Urias hit an RBI double and Cedric Mullins ripped a two-run double.

Mariners starter Chris Flexen was in line to be the winner when he departed after giving up three runs in five innings.

Baltimore starter Jordan Lyles gave up five runs (four earned) in five innings. He faced three batters without recording an out in the sixth, as the first of four Baltimore pitchers in the frame.

A night after the Orioles homered four times, they settled for eight hits. Ryan Mountcastle’s RBI double came in the first inning.

Baltimore’s Austin Hays had run-scoring singles in the first and third innings as he stretched his hitting streak to 13 games.

The Mariners tied the game in the top of the third when Torrens scored on catcher Rutschman’s throwing error. Hays’ single in the bottom of the inning forged another tie.