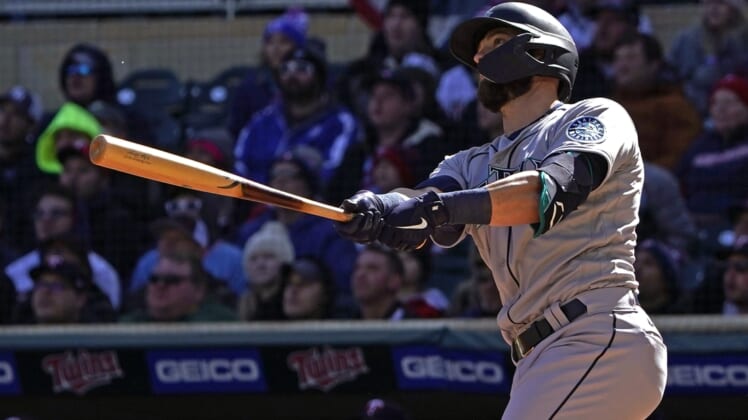 The Seattle Mariners placed outfielder Mitch Haniger on the injured list Saturday after the 31-year-old tested positive for COVID-19.

“Mitch is going to go on the COVID IL,” Servais said before Saturday’s game against the visiting Houston Astros. “He’s got some symptoms and tested positive. We’ll be without him for a few days and hopefully no new symptoms and he clears tests here. I think five days is the kind of a minimum you have to be out. We’ll continue to test him and hopefully get him back as soon as we can.”

Haniger was feeling ill after Friday’s 11-1 rout of the Astros and took a COVID-19 test at home and the results were positive. He took another test at the ballpark on Saturday morning and it also was positive.

Haniger went 2-for-5 with two strikeouts in Friday’s game.

Haniger is batting .176 in eight games this season. He leads the Mariners with three homers and seven RBIs.

Last season, Haniger enjoyed his best campaign with career bests of 39 homers and 100 RBIs in 157 games.

Seattle recalled infielder Donovan Walton from Triple-A Tacoma to fill the roster opening. The 27-year-old Walton was batting .381 in 21 at-bats for Tacoma.

Last season, Walton appeared in 24 games for the Mariners and batted .206 with two homers and seven RBIs.