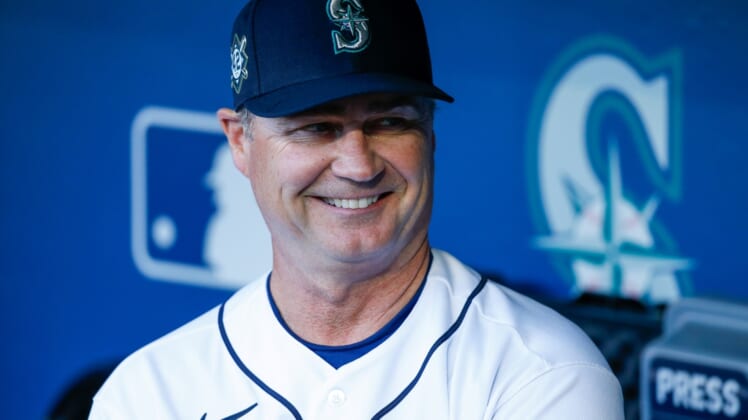 Servais and Acta are the latest to be sidelined in a COVID outbreak within the Seattle organization. The Seattle Times reports at least a dozen people have tested positive.

Both Servais and Acta are fully vaccinated, meaning they have to wait at least two days before testing again, provided they have no symptoms. Then they will need two consecutive days of negative tests and approval from the team physician before they can return. The earliest they could return is Sunday.

The Mariners host the Rangers again Thursday before beginning a three-game set against the visiting Kansas City Royals on Friday.

Mariners hitting coach Tony Arnerich will serve as third base coach in place of Acta. The team brought up Zach Vincej from Tacoma to coach first base. The Mariners will also have minor league hitting cooRdinator C.J. Gilman and special coordinator Dan Wilson in the dugout in uniform.

Also Wednesday, the Mariners placed Sewald on the COVID injured list and selected RHP Penn Murfee from Tacoma. Sewald has appeared in four games this season, going 0-0 with a 0.00 ERA with no walks and three strikeouts. Murfee hasn’t pitched in a major league game.