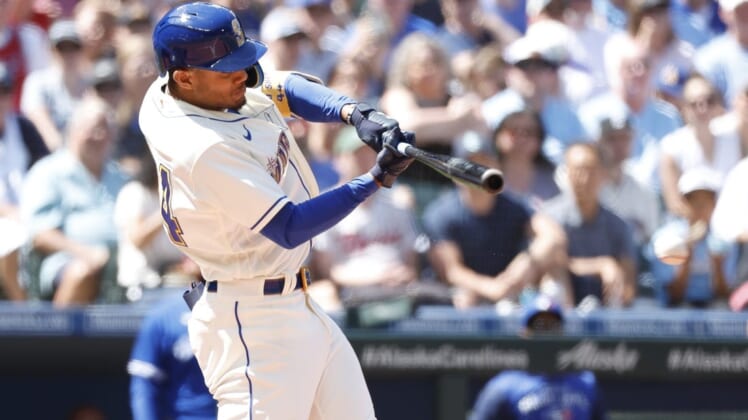 Rodriguez’s appearance on Monday will make him the first Seattle player to be part of the event since Robinson Cano in 2016.

Rodriguez, 21, leads all major league rookies with 15 homers. The last rookie to be part of the event was Vladimir Guerrero Jr. of the Toronto Blue Jays in 2019.

Rodriguez, who was named to the American League All-Star team, is batting .274 with 44 RBIs and 21 steals in 86 games.

The other players to commit to the Derby are two-time defending champion Pete Alonso of the New York Mets, Ronald Acuna Jr. of the Atlanta Braves, Albert Pujols of the St. Louis Cardinals, Kyle Schwarber of the Philadelphia Phillies and Juan Soto of the Washington Nationals.

There are two spots still remaining to be filled.

Alonso (2019) and Aaron Judge (2017) are the only rookies to outright win the competition. Wally Joyner was a rookie in 1986 when he tied for the title with Darryl Strawberry.