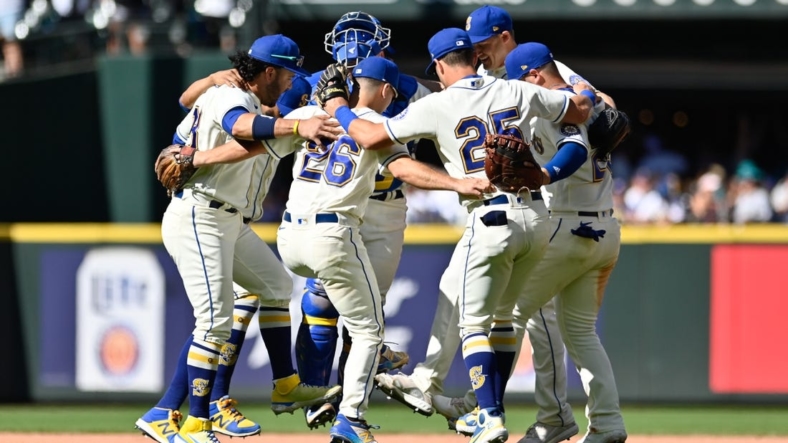 There’s barely a month left in the season and the Seattle Mariners might be clicking at just the right time.

The Mariners will try to keep it going against the Cleveland Guardians when the teams begin a three-game series Friday night in Cleveland.

The Guardians have been going in the wrong direction, largely because of offensive shortcomings.

The Mariners beat Cleveland in three of four games last week in Seattle before going to Detroit for a three-game sweep. They outscored the Tigers 21-6.

So, Seattle’s winning streak stands at four games, matching its best string of victories since the All-Star break. Servais said it’s a good trend as many of the Mariners seem to be peaking.

“The guys are excited to come to the ballpark every day because I don’t think we’ve reached our ceiling yet — and it’s a really high one,” Servais said.

One player who has perked up his offense is first baseman Ty France, who has homered in three of his last four games after an 18-game stretch without a long ball. He’s 8-for-15 in the last four games.

Mariners center fielder Julio Rodriguez hasn’t had a multi-hit game since Aug. 21, but he has homered three times since then.

Seattle’s pitching frustrated the Guardians in last week’s series. Cleveland scored a total of six runs in the four games — and one of the games lasted 11 innings.

The American League Central Division-leading Guardians have dropped five of their last seven games. Their offensive woes continued to exist in a three-game series at home against the Baltimore Orioles, getting blanked Wednesday and Thursday nights.

So Cleveland has failed to score in three of its last four games.

“We’re certainly not swinging the bats like we can or we will,” Guardians manager Terry Francona said. “So you’ve just got to fight through it.”

Right-hander Luis Castillo (5-5, 2.85 ERA) is the slated starter for the Mariners in the series opener. Since arriving in a trade from the Cincinnati Reds, Castillo is 1-1, though he posted 10 strikeouts last week in a no-decision against the Guardians. He gave up one run in six innings of that game.

Cleveland’s starter is right-hander Zach Plesac (3-11, 4.39 ERA), who was the winning pitcher by logging seven innings and surrendering three runs last Saturday in Seattle. That was his longest outing of the season.

Seattle’s Eugenio Suarez, Jake Lamb and Rodriguez all homered off Plesac in that game.