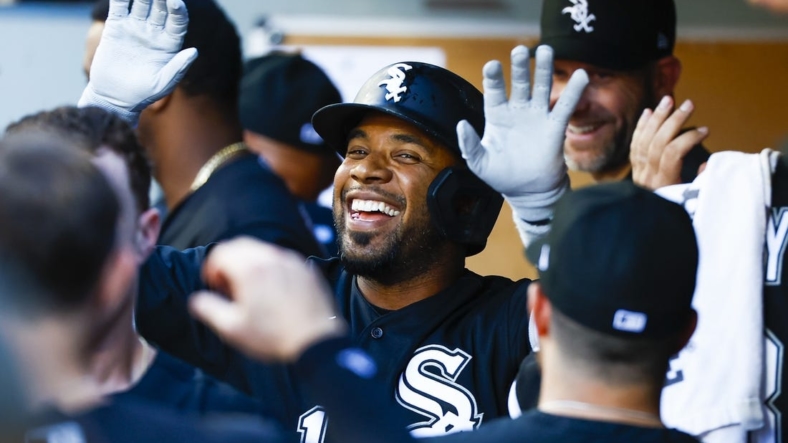 Whether playing for the Oakland A’s or the Chicago White Sox, Elvis Andrus has felt right at home this season in Seattle.

Andrus hit a two-run homer as the White Sox defeated the host Seattle Mariners 3-2 on Monday. It was his 11th homer of the season — and his fifth in seven games at Seattle after hitting just four there over 105 games across the first 13 years of his career.

Andrus will try to continue his run of success when the teams continue their three-game series on Tuesday night.

“I’ve been having really good at-bats here, something that I haven’t done in my whole career in Seattle,” Andrus said. “So I think that’s kind of made up for my first (few) years that I didn’t have good luck.”

Minus manager Tony La Russa, who is on an indefinite leave while dealing with health issues, the White Sox have won five of their past six games to get above .500 and stay in the American League Central race. They trail the first-place Cleveland Guardians by two games and the second-place Minnesota Twins by one game.

“The first week when I was here, it was tense — a lot of guys trying to make things happen,” said Andrus, who signed with the White Sox on Aug. 19 to help make up for the absence of injured shortstop Tim Anderson. “Lately we’ve been able to just let our talent go out there and compete.”

The Mariners had a seven-game winning streak snapped in the series opener.

Seattle manager Scott Servais rested veterans Eugenio Suarez, Jesse Winker and Adam Frazier on Monday after the club’s marathon victory in Cleveland on Sunday. The Mariners beat the Guardians 6-3 in 11 innings after a 4 1/2-hour rain delay and didn’t get back home until the wee hours of the morning before the Labor Day matinee.

On Monday, despite falling behind 3-1 while managing just three hits in seven innings against White Sox starter Lance Lynn, the Mariners made things interesting late.

Rookie Julio Rodriguez singled off Kendall Graveman with two outs in the eighth before Ty France hit a towering fly ball to the warning track in left field to end the inning.

Seattle scored once in the ninth off Chicago closer Liam Hendriks before he struck out pinch hitter Frazier with runners at second and third to earn his 30th save.

“Our guys continue to compete, really every night. It’s fun to watch,” Servais said. “Down by one, two, three, four runs, whatever, we are going to put pressure on other teams and make it tough to close it out.”

Cueto has won three of his past four starts. He is coming off a 7-1 victory on Thursday against the Kansas City Royals in which he allowed one run on six hits in 5 1/3 innings with no walks and five strikeouts. Cueto is 2-1 with a 2.96 ERA in four career starts against Seattle.

Gilbert beat the White Sox 5-1 on April 14 in Chicago. He gave up one unearned run on four hits in five innings with no walks and four strikeouts. He is 1-0 with a 0.00 ERA in two career starts against the White Sox.

On Thursday, Gilbert beat the host Detroit Tigers for his first victory since July 5. He pitched six scoreless innings against Detroit and allowed two hits and one walk while fanning nine.