Mariners GM: Robinson Cano will split time at 2B when he returns 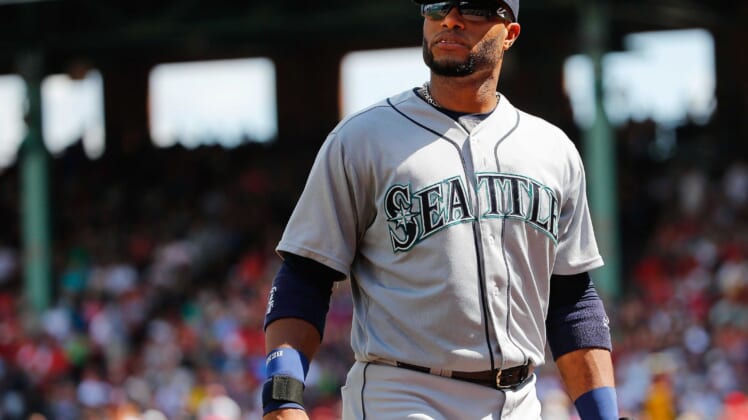 Seattle Mariners Robinson Cano is currently serving an 80-game suspension for failing a drug test. While he’s eligible to return in August, Cano won’t be the everyday second baseman again until 2019.

Speaking to ESPN, Seattle general manager, Jerry DiPoto, said that when Cano returns, he and Dee Gordon will share time at the keystone.

“That could allow for a time-share, so to speak, where we keep everybody sharp,” DiPoto said, per ESPN’s Jerry Crasnick. “But we do know Dee is going to have to play second base as we come down the stretch. Because if we want to be in the postseason — which we do — then we know who our second baseman is going to be. And it’s going to be Dee Gordon.”

Seattle is in a weird spot here.

Cano’s suspension makes him ineligible for the playoffs. So, it would certainly be strange to make him the full-time starter with Gordon in center field for the final month-and-a-half of the season, only to turn back to a cold replacement option at either second base or center field when the playoffs begin.

On the other hand, Cano is one of the team’s best players. Seattle is currently in a playoff position. But even if a spot to the postseason is all but assured by the time of Cano’s return, the seeding will likely not be. There’s a huge difference between winning a division and getting stuck into the single-elimination Wild Card Game, likely against the Boston Red Sox or New York Yankees.

If the Mariners have a chance to win the division and certainly if they’re fighting for a playoff spot, they have to give themselves the best chance to win every game. That probably means putting Cano in the lineup.

A time-share idea makes sense. It will keep everyone fresh. It will be interesting to see if Seattle sticks to this plan if it finds itself in a significant race for a playoff spot or playoff seeding.