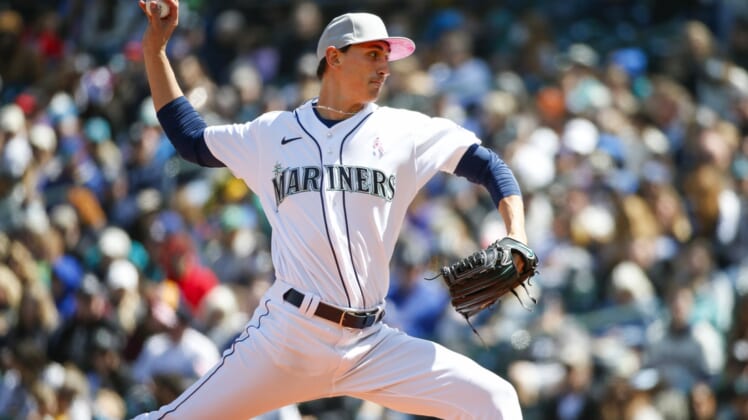 After Abraham Toro’s one-out home run in the ninth off closer Andrew Kittredge tied the series’ fourth matchup, France ripped a 1-1 slider from Matt Wisler (1-1) deep to left with one out to send home Jarred Kelenic with the game-winning tally.

Toro went 2-for-4 as Seattle claimed the final game in the series and improved to 2-0 in extra innings.

In his major league debut, Seattle starter George Kirby displayed the talent and command that made him one of the organization’s top prospects and the best pitcher in its minor league system.

Striking out seven and getting 15 swings-and-misses, the right-hander fired six scoreless frames and allowed four hits. A control specialist, Kirby didn’t issue a walk in his 81-pitch debut.

Manuel Margot was 2-for-3 with a solo homer and stolen base for the Rays, who won three of four in the series but lost for the first time in four extra-inning games.

Tampa Bay had its six-game winning streak snapped in the defeat and lost for just the fifth time in the past 18 games.

In his second start, Ryan Yarbrough matched Kirby through five scoreless innings. The left-hander yielded four hits and one walk while striking out four over 68 pitches.

While Kirby was overpowering the Rays with seven strikeouts over the first five innings, Yarbrough retired seven straight batters at one point, getting six flyouts. Margot made a terrific sliding grab near the right-field foul line to deny Adam Frazier an extra-base hit to end the fifth.

After homering in the late innings on Friday and Saturday, Margot belted a 1-1 slider from Erik Swanson as the first batter the right-hander faced in the top of the eighth. The long shot was Margot’s third this season.